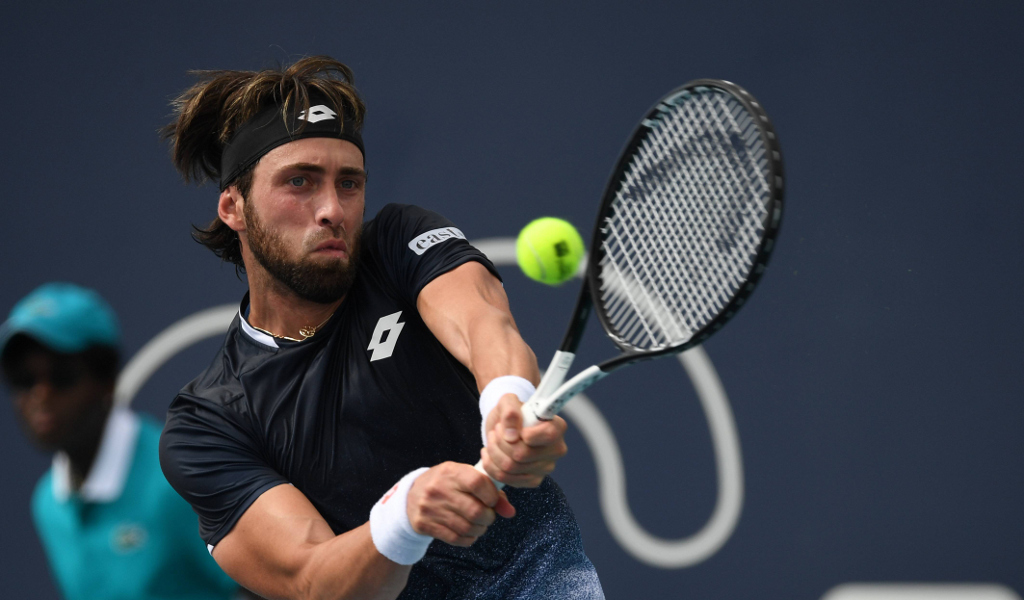 The fourth-seeded Basilashvili found himself down and on the brink of being knocked out as he faced two match points at 3-5 in the deciding set, but he stormed back to beat the German 6-4, 4-6, 7-6 (7-5) in three hours and seven minutes.

“My mind was calm pretty much,” Zverev said. “I came back yesterday so I knew I could do it again today, and I was close to it… I guess it was a nice atmosphere and it was good for the crowd, but now he is in the final and I lost. So it’s not the nicest feeling in the world.”

Georgian Basilashvili, who won the tournament last year after coming through qualifying, also trailed in the tie-breaker as he was 2-5 down, but he won the final five points to secure his place in the final.

He will face Andrey Rublev, who won his only ATP Tour title in Croatia in 2017, in the showpiece match after the Russian produced another brilliant display to see off Pablo Carreno Busta.

Rublev upset top seed Dominic Thiem in two tie-breakers in the quarter-final and in the semi-final he came from a set and a break down to beat Carreno Busta 4-6, 7-5, 6-1.

Rublev rolls! 🙌@AndreyRublev97 surges from a set and break down to defeat Pablo Carreno Busta 4-6 7-5 6-1 at #HamburgOpen pic.twitter.com/w7lLDGIGQo