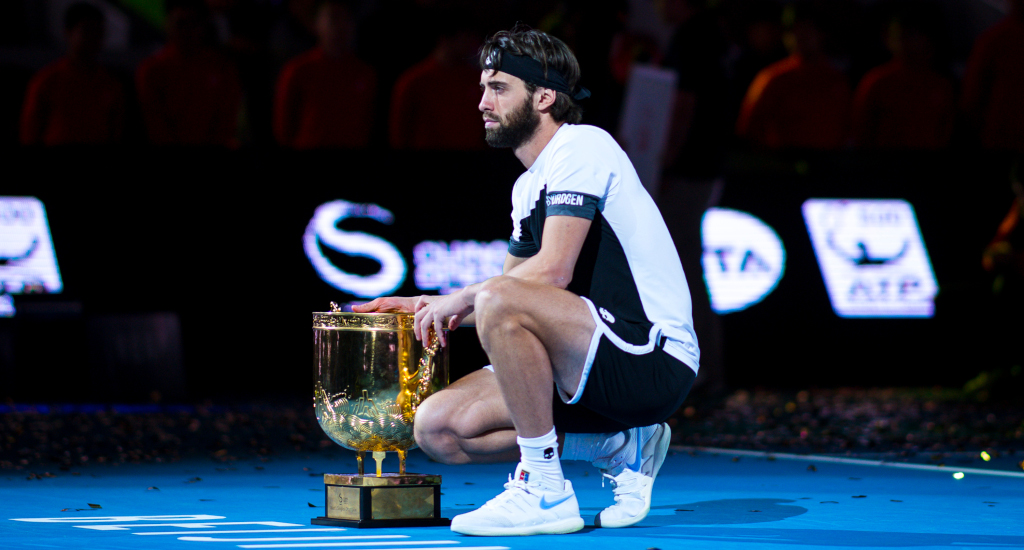 The Georgian, who broke his trophy duck in July this year when he won the German Open, brushed aside the top seed 6-4, 6-4 in one hour and 41 minutes.

A force to be reckoned with! 🔥💪

The world No 35 broke early in the opening set and consolidated his lead before serving it out.

The second set was tougher with the break only coming in game nine and he then wrapped up the victory on his third match point to claim his first win over a top five player as Del Potro came into the tournament as the world No 4.