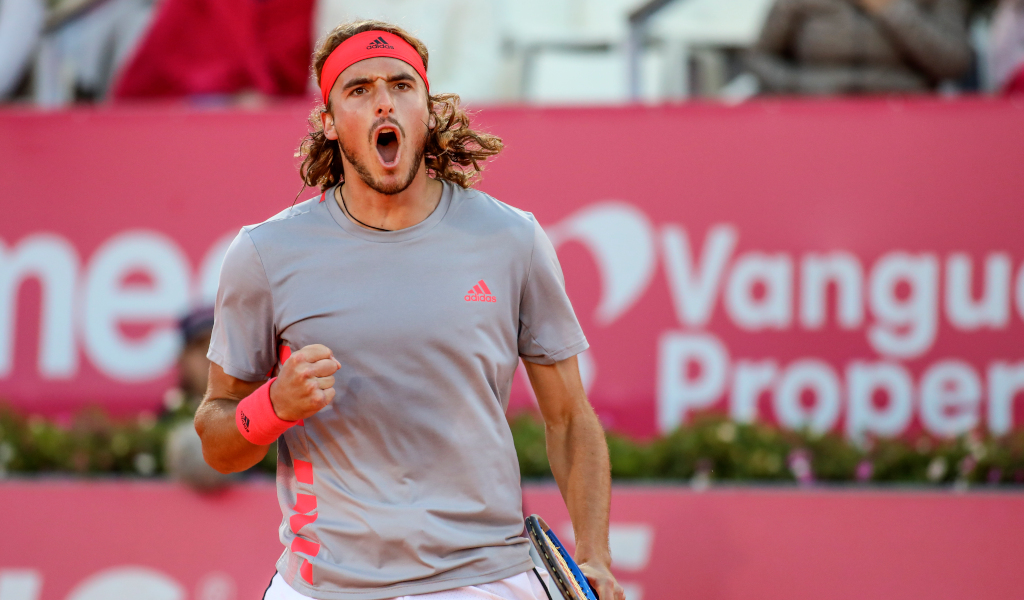 Top seed Stefanos Tsitsipas had little trouble seeing off Guido Andreozzi in his opening match at the Estoril Open, but Gael Monfils dug himself out of a hole.

Greek Tsitsipas broke once in the first set and twice in the second, although Andreozzi also managed a break in the second set, to win 6-3, 6-4 in just under an hour and a half.

Top seed through!@StefTsitsipas is off and running in Estoril – beating Andreozzi 6-3 6-4 in windy conditions ??#EstorilOpen pic.twitter.com/9JYUQu98o6

Next up for the 20-year-old is Joao Domingues after the Portuguese qualifier advanced when John Millman from Australia was forced to retire injured while 6-3, 2-1 down.

Third seed Monfils found himself in a spot of bother against Reilly Opelka as he lost the first set and also found it tough going with the wind.

Back with a bang ??@Gael_Monfils opens with a win in Estoril after beating Opelka (and the wind) to progress to the next round#EstorilOpen pic.twitter.com/YwdOLBWQZA

But once he came to grip with the conditions, he swept to a 3-6, 6-3, 6-0 victory and up next is Alejandro Davidovich after the Spanish qualifier stunned Frenchman Jeremy Chardy 6-1, 6-2.