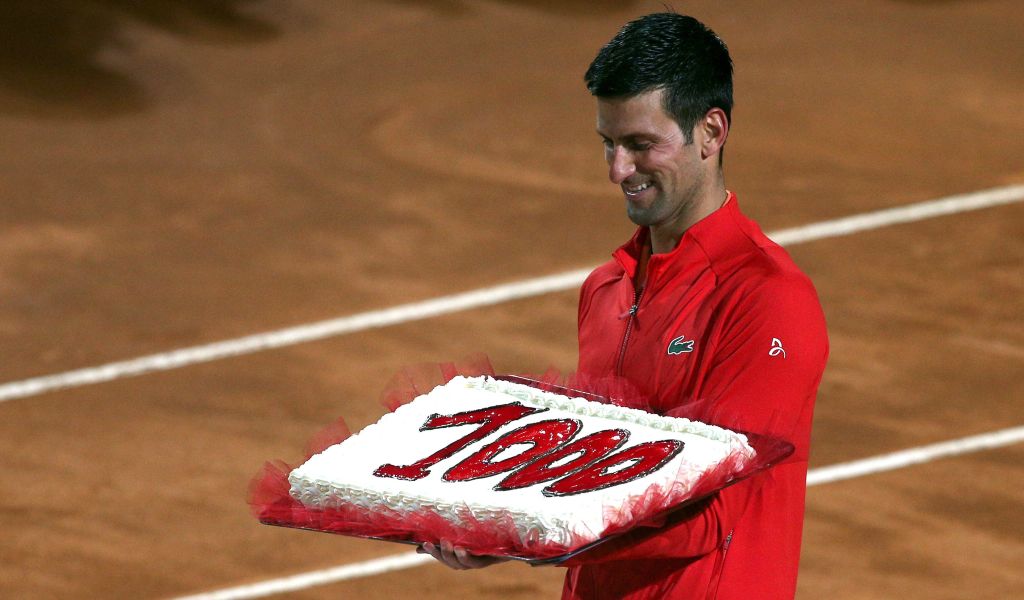 Novak Djokovic beat Casper Ruud in straight sets to book his place in the final of the Italian Open – and secured his 1000th career win in the process.

The Serbian becomes the fifth man in the Open Era to reach the 1,000-wins milestone, joining Jimmy Connors, Roger Federer, Ivan Lendl and Rafael Nadal and he celebrated the moment in style by hoisting his arms high in the sky and receiving the acclaim of the Italian crowd.

While he is still some way behind his great rivals Roger Federer and Rafael Nadal in the career wins list, this latest victory too the five-time champion in Rome through to his fourth straight final and 12th overall in the Italian capital.

This latest achievement cements Djokovic’s legacy as one of the greats of the modern game and his form in Rome suggests he is peaking just in time ahead of the French Open.

Djokovic had moved 4-0 ahead before Ruud, the world number 10, briefly rallied with a break back of his own at 5-3, but could not save the set slipping away.

The second set proved much closer, staying on serve until the seventh game when Djokovic eventually converted a fourth break-point chance.

A comfortable hold put the Serbian on the brink of a landmark victory, which he delivered with another break, smashing a forehand crosscourt return, to progress 6-4 6-3 to Sunday’s final, where he will play Stefanos Tsitsipas.

Djokovic said: “Thanks to the tournament and the crowd for celebrating the milestone with me.

“I’m really, really blessed to have that many victories on the tour.

Thank you 🧁! Thank you all for being on this journey with me thus far! ❤️🙏🏼🙏🏼🙏🏼 Blessed and privileged to have reached this milestone and hoping for many more victories to come 💪🏼😃

“Seeing Roger and Rafa celebrate these milestones in the last couple years, I was looking forward to getting to that milestone myself.

“It is a long time since I won my first match on Tour. Hopefully I can keep going and there are many more victories to come.”

Most career wins in the Open era: