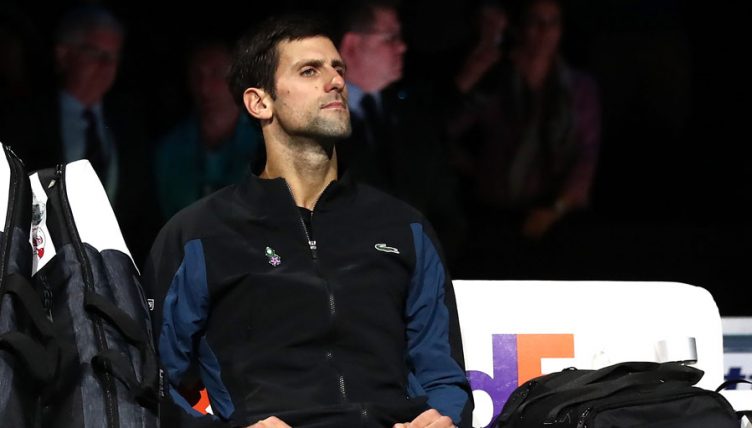 Novak Djokovic conceded that Alexander Zverev was the better player in the ATP World Tour Final on Sunday, but won’t let it detract from the remarkable season he has produced himself.

The world number one was comprehensively beaten by Zverev at The O2, as he became the youngest ATP Finals champion in a decade at just 21-years-old.

Djokovic, though, remained philosophical after the match.

“First of all congratulations Sascha to you and your team,” the Serb said.

“You definitely played much better than you had in the group stage.

“You deserved to win. I wish you all the best for your future.

“Hopefully I’ll play many more years and see you guys here in the years to come.

“I want to thank my team. Today wasn’t a great day for us but if we put things into perspective it was an amazing year, an amazing comeback.

“If someone told me (I would end the year as number one) at that time it was looking quite improbable.

“Not just ranking-wise, I wasn’t playing even close to where I wanted to be at in terms of level of tennis.

“No one likes to lose, and I’ve just come off court but you put things in a larger perspective, see things a bit differently.”