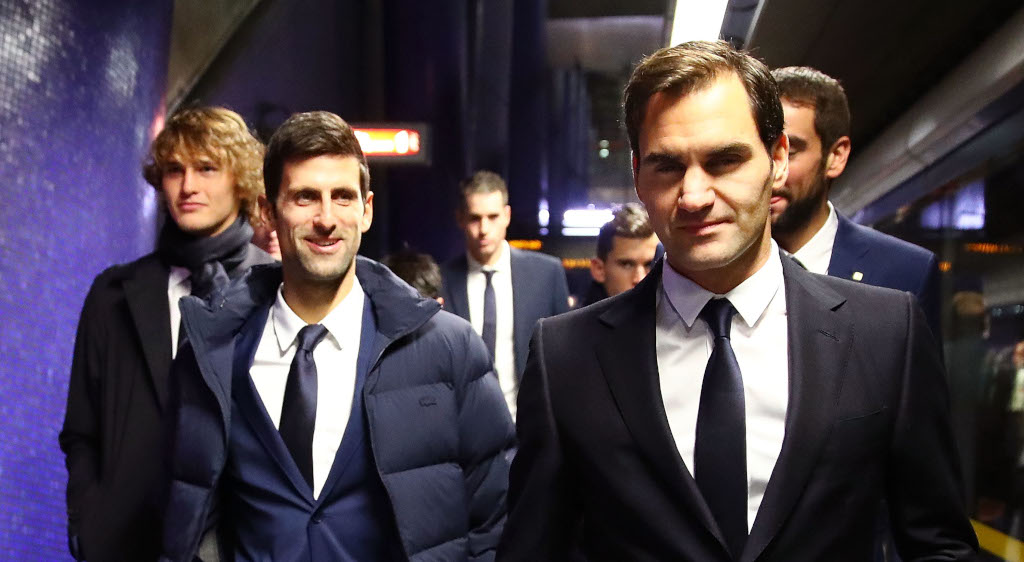 Novak Djokovic and John Isner have jumped to Roger Federer’s defence after suggestions that the Swiss player received preferential treatment when it comes to scheduling.

Frenchman Julien Benneteau caused a stir during a recent interview when he claimed that tournament referees often give Federer better time slots to play in, especially the Australian Open.

Benneteau was also unhappy with Federer and Australian Open tournament director Craig Tiley’s involvement in the Laver Cup, saying there was a conflict of interest.

“He’s the Australian Open tournament director,” he told RMC Sport. “And the man is paid by Roger Federer’s agent for the Laver Cup.

“Over the last two Australian Opens, [Federer] played 14 matches, because he was champion and finalist. And he played 12 or 13 of his 14 matches in the night session.”

Djokovic was asked for his opinion about favouritism in tennis after his ATP Finals opening win against Isner.

“In a way, we have to be more specific. If we’re talking about general, so to say, the advantage of some players over another, I mean, in a way it’s expected that the tournament treats top players, their top stars, as players that they want to have kind of feel the best, “the world No 1 said.

He added: “In terms of the scheduling, those kinds of important things, everyone is even because it has to go through the filter of ATP, not just the tournament itself.”

As for Federer himself getting preferential treatment, Djokovic felt the 20-time Grand Slam winner earned the right.

“In the end of the day, in a way he deserves the special treatment because he’s six-time champion of Australian Open and arguably the best player ever,” he said.

“I understand Julien’s point because sometimes it does seem that maybe certain players get more favoured year after year in certain tournaments. On the other side, you have to understand that Federer is a driving force of tennis in terms of revenue, in terms of attention.

“Julien and guys like him are also benefiting from tennis, because of Roger, because of what he has done for the sport.”

Isner also felt that the top players deserve everything they get.

“If anything, maybe they should get more special treatment because those guys, the top players, have made other players below them a lot of money,” he said.

“It is like the Tiger Woods effect in golf. So that is how you can look at a guy like Roger. He is men’s tennis in my opinion. He deserves everything and more that he’s ever had.”