Novak Djokovic and Kyle Edmund up and running, Marin Cilic and Dominic Thiem out 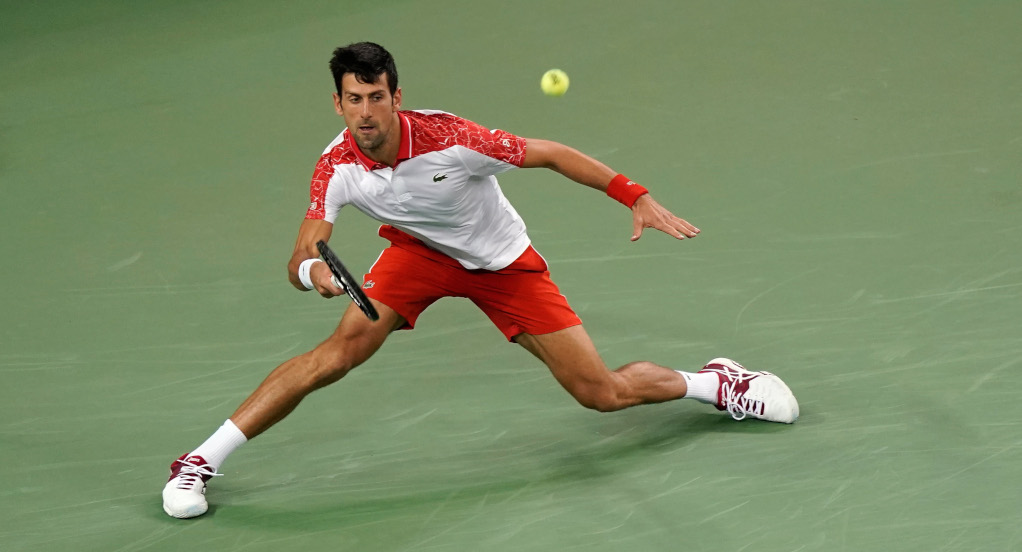 Novak Djokovic kicked off his campaign for a fourth Shanghai Masters title with a solid win over Jeremy Chardy.

Playing in his first ATP Tour event since the US Open, the world No 3 required only one hour and 24 minutes to beat the Frenchman 6-3, 7-5, and secure his place in the third round.

Impressive start from @DjokerNole in Shanghai 👏

Two breaks of serve in the opening set and one in the second were enough to earn the reigning Wimbledon and US Open champion the victory.

“I’m very grateful to play on a high level. I think that I’m very close to my best, you know, and [my] ‘best’ changes day to day,” the Serb said.

“I can always strive to be the best I can be on that given day. Today’s performance was pretty close to that.”

Kyle Edmund had a trickier encounter as he came back from an early break in the first set to beat Filip Krajinovic 7-5, 6-3.

Krajinovic had the early advantage after breaking in game two, but Edmund hit back in games eight and 12, and then claimed a solitary break in the second set.

The 11th seed will face Andreas Seppi for a place in the third round.

Fifth seed Marin Cilic was the biggest casualty as the former US Open champion was beaten 2-6, 7-6 (8-6), 7-5 by Nicolas Jarry from Chile.

Third top 10 win for @mattebden as he takes out Dominic Thiem 6-4 6-7(8) 7-6(4) to reach the @SH_RolexMasters third round!#RolexSHMasters pic.twitter.com/hwzcf4uGLW

Meanwhile, Nikoloz Basilashvili continued his good form as the Georgian, fresh from winning the China Open, beat Denis Shapovalov 6-2, 6-2 to earn himself a second-round clash against fourth seed Alexander Zverev.