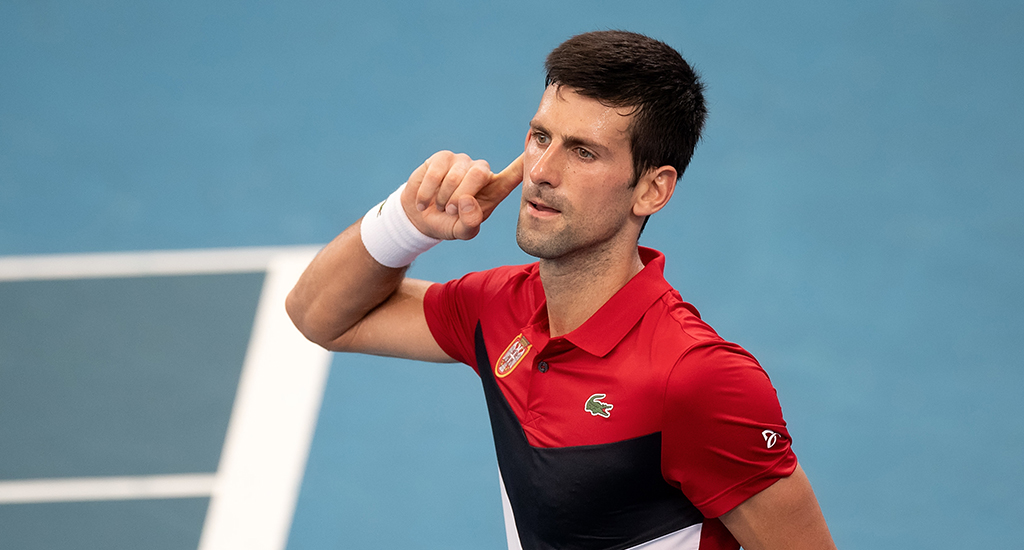 Novak Djokovic helped Serbia complete a clean sweep of Canada to set up an ATP Cup semi-final clash with Russia, before Rafael Nadal battled to help Spain join them in the last four.

Shapovalov edged ahead in the first set as the world number two double-faulted at deuce at 4-4 and the Canadian took advantage.

But Djokovic came back stronger in the second and blew apart his opponent in the third-set tiebreak as he raced to a 5-0 lead and converted on his fourth match point.

This sealed the unassailable 2-0 lead after Serbia’s number two Dusan Lajovic got his side off to a quick start, seeing off Felix Auger-Aliassime 6-4 6-2 in under two hours.

In the dead-rubber doubles match, Nikola Cacic and Viktor Troicki completed a 6-3 6-2 win over Peter Polansky and Adil Shamasdin in under an hour.

In the other of Friday’s quarter-finals, Spain recovered from a shock Rafael Nadal defeat to David Goffin in the singles to progress.

Typically, Nadal returned to lead Spain to victory in the deciding doubles clash, which was won on a super-tiebreak after Belgium claimed the first set.