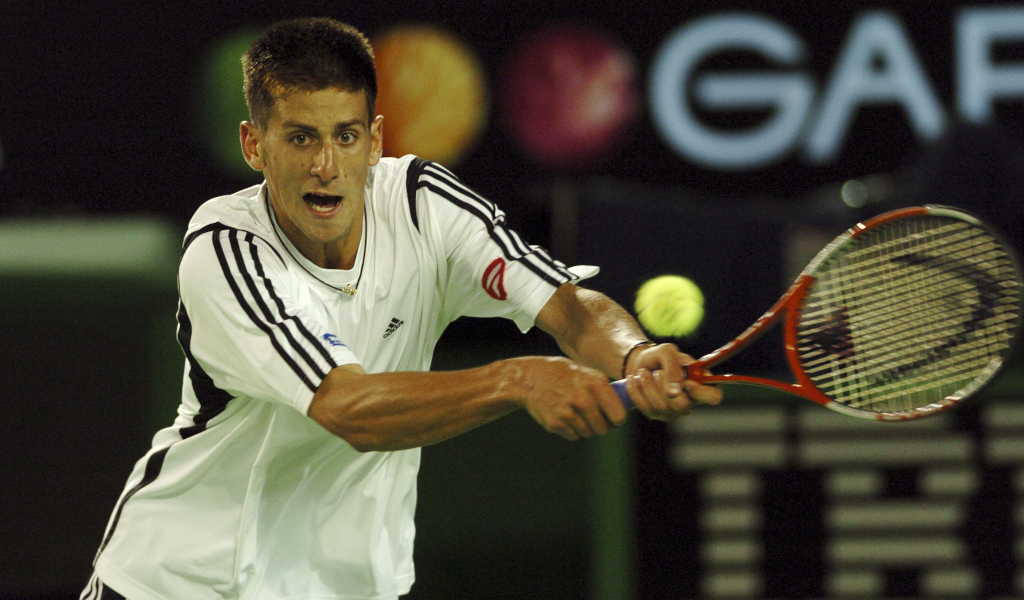 It is 16 years since Novak Djokovic made his Grand Slam main draw debut and the 20-time Grand Slam winner shared an interesting story about the lead-up to his first match at the 2005 Australian Open.

Djokovic is closing in on history as victory at this year’s US Open will not only see him move ahead Roger Federer and Rafael Nadal’s 20 majors, but he will also complete the Calendar Grand Slam.

Following his fourth-round win over Jenson Brooksby, the world No 1 was asked if he remembered his first-ever Grand Slam match against Russian Marat Safin at Melbourne Park in 2005 and he shared an interesting anecdote.

“I do recall one of the most profound memories of Australian Open 2005 when I qualified and played Safin night session, the centre court, is that I was getting a haircut earlier that day,” he explained. “Wonderful lady, a hairdresser, asked me, ‘Do you want to do something special for tonight?’

“I said, ‘What are you suggesting?’

“She said, ‘Maybe we should colour your front part.’

“It wasn’t really very satisfying for my mother to see that. The conversation we had after was not great for me. But we had a good laugh about it.

“That seems like ages ago, and it is. I mean, it’s been now 16 years since my first center court Grand Slam match, first official main draw match. It’s been a while.”

He added: “But what a great ride. I mean, it’s difficult to reflect on everything while you’re still, say, in the bus and you’re still riding. It’s kind of hard. People tend to ask me, How does it feel? Do you comprehend what you’ve done? Do you think about the whole journey?

“You don’t have much time really and energy to reflect on everything that you’ve been through. But I try to be grateful about it. Of course, I appreciate every single step in the journey.

“One day, of course, when I don’t play professional tennis anymore, I probably will have a little bit of a larger perspective on things and understand what I’ve been through a little bit better.”

For the record Safin won the match 6-0, 6-2, 6-1, but Djokovic of course has gone on to become one of the greatest players in tennis history as he has won an incredible 321 of the 366 Grand Slam matches he has played to date while he has also won 85 career titles.