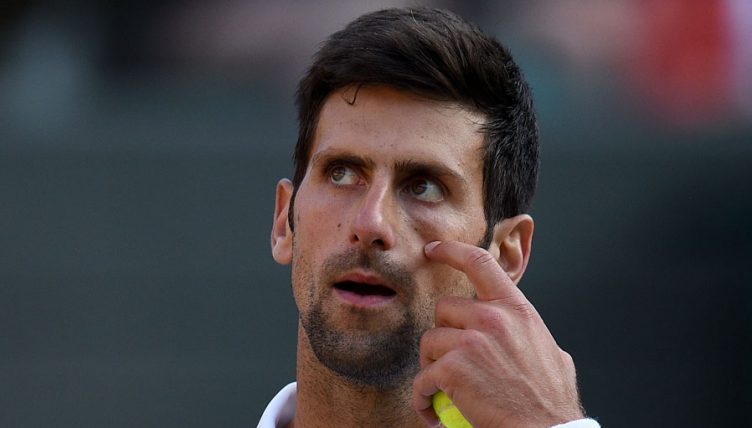 Wimbledon champion Novak Djokovic struggled to contain his disappointment after losing to Stefanos Tsitsipas at the Rogers Cup.

The former world number one came to the Toronto ATP Tour event in high spirits after his success at SW19, but found the rising Greek star just too good for him on the day, as his temper also got the best of him on court during the 6-3 6-7 6-3 defeat.

“Even winning the straight sets in both matches, first two matches in this tournament, didn’t feel that comfortable.

“I just kind of trying to find that consistency and the rhythm.
“The shots from back of the court in my practice sessions, I felt like every day was getting slightly better.

“But, today was obviously a tougher opponent, and he just played better in the decisive moments.

“I had my chances to come back in the third set when I dropped my serve at 15-40. An easy forehand. I missed it.

“But that’s sport. You have to deal with these kind of situations. And I have to move on.

“And hopefully this next few days with doubles and practice sessions, I can get what I need before Cincinnati.

“rand Slams are probably the most important tournaments for me, for many players.

“But at the same time, I really want to do well in these kind of tournaments as well. These are the biggest events we have in ATP tour.

“I’ve won 30 Master series events so far in my career. And that stat shows how committed I am to play well in these tournaments.

“So I really want to do well. So, I mean, losing in this kind of tournament, it’s not something I don’t care about.

“It really frustrates me. But I have to accept it, deal with it, and move on. I’m going get into Cincinnati, the only 1000 event that I didn’t win in my career, and hopefully I can have a good tournament.

“And then the US Open around the corner, which is the most important one.’