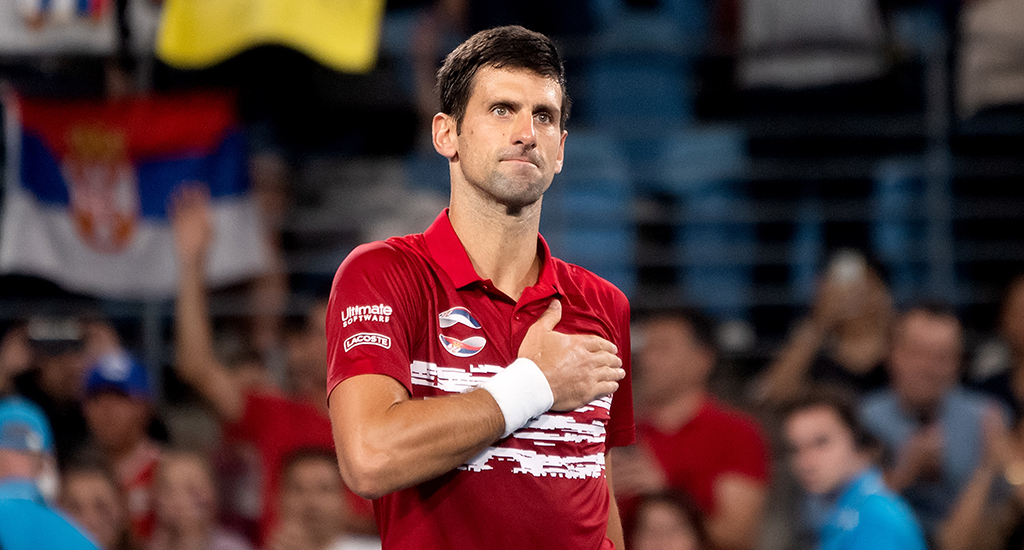 The ATP players have donated £383,000 ($500,000) to the Australian bushfire relief efforts, Novak Djokovic has confirmed.

Following the ATP Cup final, which as been being played in Australia, Djokovic announced the donation, which has been raised by the players themselves, and will be split between the WWF Australian Wildlife and the Nature Recovery Fund.

The donation is in addition to the money raised in the aces for bush relief campaign, which saw 100$AU donated for every ace served at the ATP Cup.

“Australia is such an amazing and welcoming country, and it feels like home for us at the start of each season,” Djokovic said after Serbia defeated Spain 2-1 to take out the ATP Cup.

“To see the damage to wildlife and nature from the bushfires has been devastating.

“This donation with the ATP is on behalf of all the players and our thoughts and support go out to all those who have been affected.”

ATP Chairman, Andrea Gaudenzi, added that he felt it was only right that the ATP players made a contribution, given it is their home for the first month of every year.

“Australia plays host to the ATP Tour every January in such an incredible way, and more so than ever this year with the first edition of the ATP Cup,” he said.

“The devastation that we have seen across the country from the bushfires has been heart-breaking.

“The whole sport has come together to lend its support, especially the players who feel such a strong affinity with this great country.

“On behalf of all the players, the ATP is pleased to be able to play its part and we will continue to work with Tennis Australia on upcoming initiatives as the sport rallies together to support the relief efforts.”