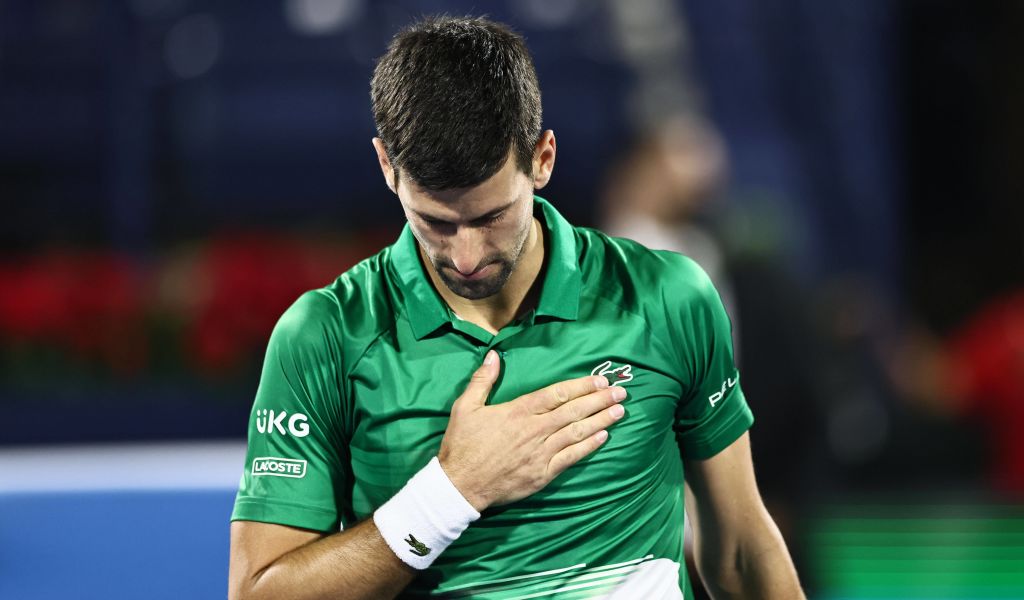 Novak Djokovic fought back from a set and a break down to beat compatriot Laslo Djere in their second round meeting at the Serbian Open.

It took three hours and 21 minutes for Djokovic to scratch past Djere who made a strong start to the match.

“I liked the way I managed to physically hold on and push through and survive a thriller of almost three-and-a-half hours,” Djokovic said post-match.

“That’s the positive difference compared to Monte Carlo, where I just wasn’t able to physically sustain the third set. Today, that was different. If there are positives, I think that’s the one.”

“Playing an official match in front of your crowd… you feel the great support, which I had, and I’m very grateful for that. But at the same time, it’s not simple.

“Even after so many years of experience and playing many times in front of the home crowd, you still feel nervous.”

Djokovic will next face another compatriot, Miomir Kecmanovic, in the quarter-finals after his 6-4, 7-6 (7/5) win over Australian John Millman.

Djere surged through the first set against Djokovic and also seemingly took total control of the match with a break in the seventh game of the second.

But Djokovic broke straight back and managed to force a decider, despite needing six set points to eventually win the second set in a tie-break.

The players traded breaks at the start of the third, before Djokovic staved off two break points in game eight.

The No 1 seed saw two break points come and go in a marathon 11th game.

But he got the job done in the deciding breaker, as Djere missed two simple forehands and Djokovic secured victory on his first match point.

Playing in just his third tournament this year Djokovic understandably looked rusty. He struggled to find his level for much of his maiden tour-level meeting with Djere, but the 20-time Grand Slam champion dug deep to clinch a win and keep his hopes of a third title at the ATP 250 event alive at the Novak Tennis Center named in his honour.

After a surprise quarter-final exit to unheralded Czech Jiri Vesely in Dubai in February, Djokovic returned at the Monte Carlo Masters last week but lost to eventual runner-up Alejandro Davidovich Fokina in a first match upset for the World No 1.

Djokovic might be hoping to get an edge on Rafael Nadal in the quest for the French Open title, as he has at least hit the clay before the Spaniard..