Novak Djokovic admits Carlos Alcaraz could dominate tennis, but vows to ‘kick young guns’ butts for as long as I can’ 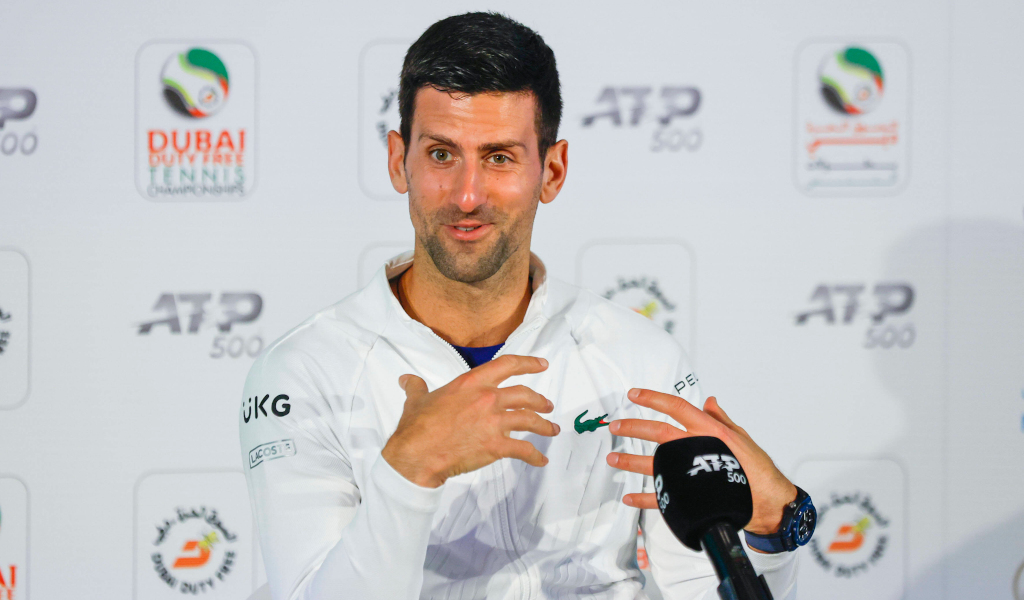 Novak Djokovic concedes that Carlos Alcaraz has the potential to break several tennis records, but he joked that he will do all that he can to hold off the Spaniard and other youngsters’ charge “for as long as he possibly can”.

After years of dominance by Djokovic and the other two members of the Big Three Rafael Nadal and Roger Federer, the new generation has emerged with Alcaraz at the forefront.

Alcaraz won his maiden Grand Slam at the US Open in September and also became world No 1 in the process, defeating Casper Ruud in the final.

Many have suggested that the teenager could go on to dominate the sport and break all sorts of records, but if it is up to Djokovic it won’t happen while he is still playing tennis.

“As difficult as it looks for all of these records that we have made to be broken, I think it is always possible,” he told Eurosport.

“Alcaraz definitely looks like somebody who has the intention to dominate the game in the years to come.

“So I think it is good that there are some new faces, but I will not give up. I will make sure I kick their butts for as long as I possibly can! They will kick my butt sometimes maybe, but hopefully, less than I kick theirs.”

Besides Alcaraz, Italian Jannik Sinner and Dane Holger Rune, the 21-time Grand Slam winner also picked out a few of the “older guys” who are likely to be at the top over the next couple of years.

However, the tennis great is convinced a new “golden era” will replace the current one as was the case when he along with Nadal, Federer, Andy Murray, Stan Wawrinka and Juan Martin del Potro took over from the previous generation.

“I have to say that I have a very good relationship with all of them,” he said.

“I have tremendous respect for every single tennis player, particularly the ones that are reaching the biggest heights in the tennis world because I understand how that feels and what is necessary to do in order to achieve those things.

“It takes a lot of commitment, dedication and hard work so I respect all of these guys. I think it is very good for tennis that we have young guys like Alcaraz – No 1 in the world, leading the way and winning a Grand Slam this year – [Holger] Rune, who is coming up, and of course, Sinner.

“Also a bit older guys like [Stefanos] Tsitsipas, [Daniil] Medvedev, [Andrey] Rublev, and [Alexander] Zverev – these guys that have already been established in the top five, top 10 in the world, and Grand Slam winners as well.

“So I think it is something that was inevitable to happen after the 15 years of domination of Nadal, Federer, myself, Murray, Wawrinka and Del Potro. These guys have been leading the game, and of course, you are going to have the next generation.

“Many people are concerned if the game is in good hands and whether people are going to continue watching after the ‘golden era’, so to speak, but it was a ‘golden era’ with [Bjorn] Borg, [John] McEnroe, [Pete] Sampras, [Andre] Agassi and [Boris] Becker and still, there were new guys coming up.”