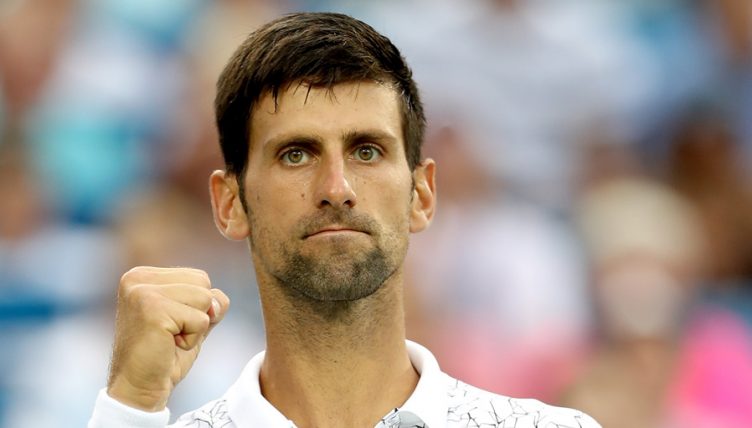 The five-time finalist, who has never won the tournament, started the day by beating Grigor Dimitrov despite a wretched start to the match.

Djokovic lost the first set in pretty dismal fashion before powering back and claiming a 2-6 6-3 6-4 win over the Bulgarian.

However, due to a rain delay, the reigning Wimbledon champion wasn’t done for the day, and had to return later on in the day to repeat the trick, this time against big-serving Canadian Milos Raonic.

This time, the Serb was able to claim the first set but still needed three sets to get over the line, this time 7-5 4-6 6-3.

“In matches like this, very few points decide the winner,” Djokovic said on-court.

“He was playing tactically really well. I was very fortunate to read his serve on a couple of occasions.”

Djokovic will now face Marin Cilic in the semi-finals after the Croatian cruised past Pablo Carreno Busta 7-6 6-4.