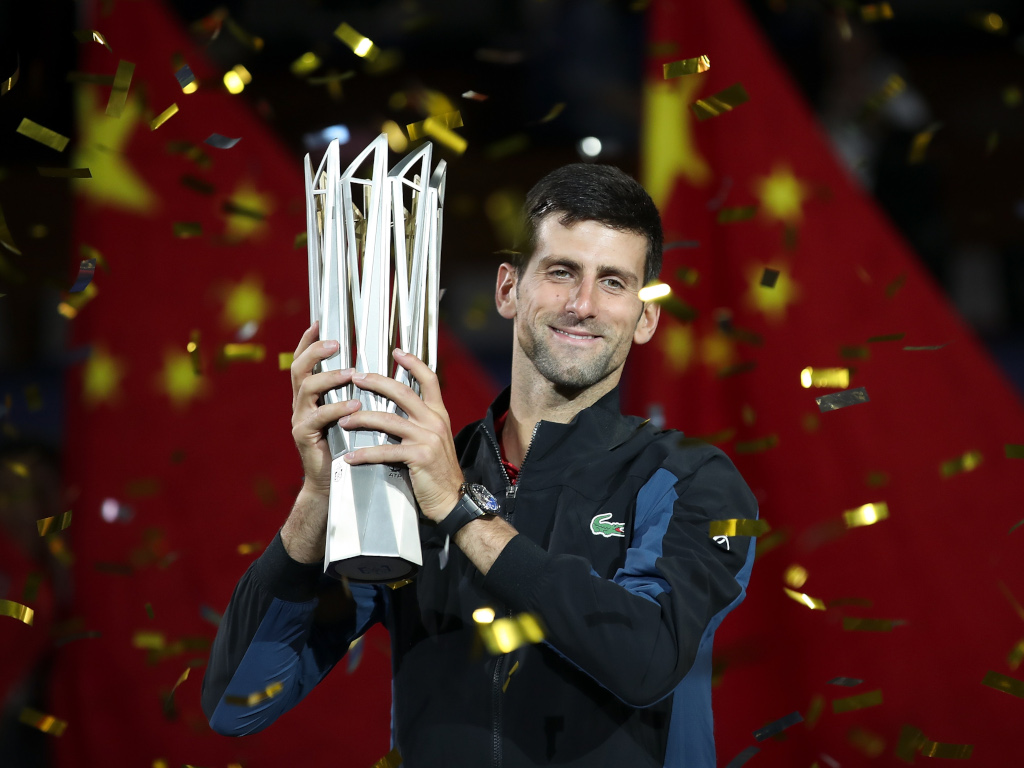 Novak Djokovic continued his dream end to the 2018 season as he beat Borna Coric to win the Shanghai Masters title.

After struggling during the first half of the campaign, Djokovic returned to form in June and went on to win Wimbledon, the Cincinnati Masters and US Open.

And he has now added a fourth Shanghai title and 32nd Masters 1000 trophy to his already incredible collection after a 6-3, 6-4 victory over Coric in one hour and 35 minutes on Sunday.

Both players came into the match on a high as Djokovic swept aside Alexander Zverev 6-2, 6-1 in the semi-final while Coric upset top seed and defending champion Roger Federer 6-4, 6-4.

Djokovic, though, got his nose in front by breaking in game six of the opening set and then served it out. He then broke in the first game of the second set before cruising home.

The win took the Serb’s unbeaten streak to 18 while he will rise to No 2 when the new world rankings are released on Monday, just 35 points behind the top-ranked Rafael Nadal.