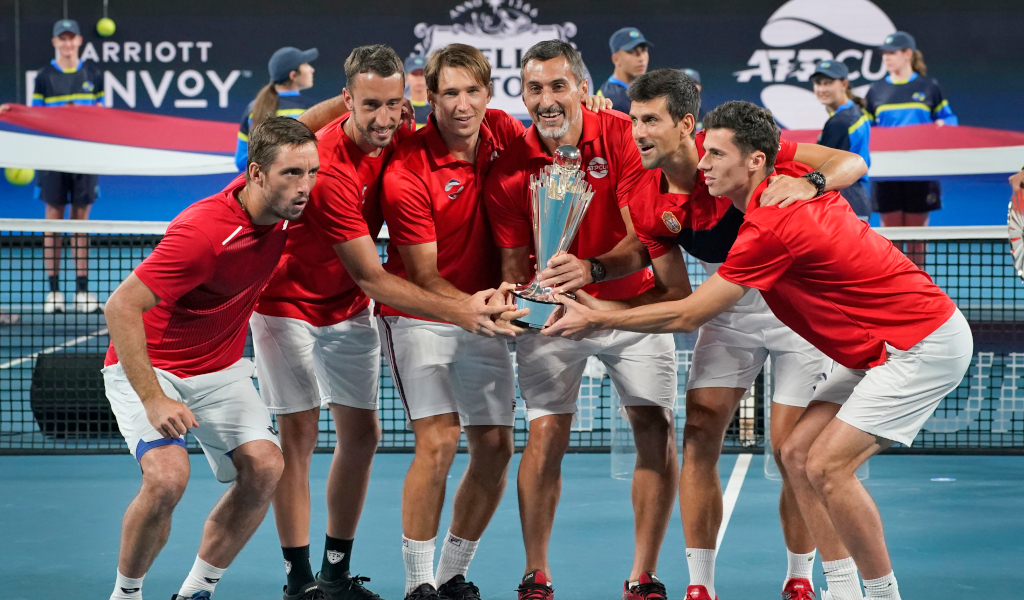 Serbia will be spearheaded by world No 1 Novak Djokovic at next year’s ATP Cup, but Spain will be without their star player Rafael Nadal as he continues his return from injury.

The 16 countries set to compete in the third edition of the ATP Cup, which will feature 18 of the Top 20 players in the ATP Rankings, were assigned to four groups at the official tournament draw on Tuesday in Australia.

Top seed Serbia will be led by 20-time Grand Slam winner Djokovic in Group A, which will also feature Norway, Chile and Spain.

Two years ago, Serbia lifted the trophy at the inaugural ATP Cup by defeating Spain in the championship match.

However, Spain will have to do without the services of Nadal next year with the world No 6 still recovering. The Spain side will also be without young star Carlos Alcaraz, but Roberto Bautista Agut and Pablo Carreno Busta have been included.

World No 2 Daniil Medvedev and world No 5 Andrey Rublev will be Russia’s top two singles players for the second consecutive year.

“There’s no better place for us to launch the 2022 season than with the ATP Cup in Sydney. The players have loved competing at this event in recent years and the 2022 player field speaks for itself,” said ATP Chief Tour Officer Ross Hutchins.

“We’re delighted that fans will be able to see so many of the world’s best representing their countries in the opening week of the season and we look forward to a fantastic event.”

Reigning Nitto ATP Finals champion Alexander Zverev will lead Germany in Group C along with Canada, Great Britain and the United States while fourth seed Greece, with Stefanos Tsitsipas atop the line-up, will be in Group D, which also consists of Poland, Argentina and Georgia.

Second seed Russia, the defending champion, is in Group B, which includes Italy, Austria and home nation Australia.

ATP Cup Tournament Director Tom Larner added: “We’re excited to host the third edition of the ATP Cup in Sydney in 2022. The playing group enjoy representing their countries and to see 18 of the world’s Top 20 players commit to the event is testament to that.

“The event shows off the passion the playing group have for this format and we look forward to welcoming all 16 teams to Sydney later this month.”

The nine-day tournament will take place in Sydney with the Ken Rosewall Arena and Qudos Bank Arena staging matches.