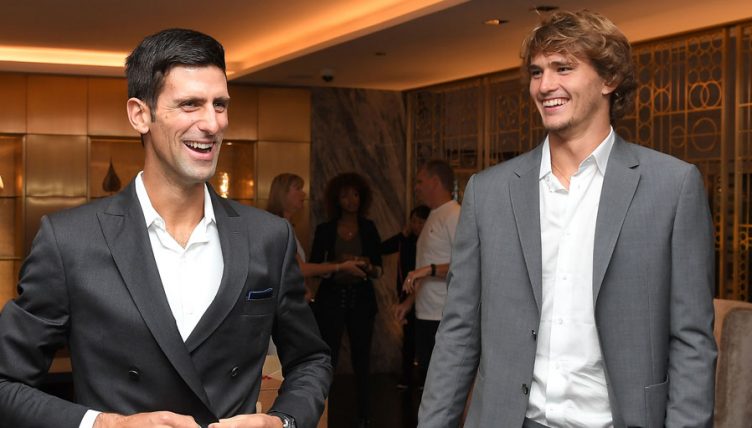 The Media are too tough on younger players, insists Novak Djokovic.

Three of the four semi-finalists for the ATP Finals are in their 30s, with Djokovic himself, Roger Federer, and Kevin Anderson three of the stand-out stars on the tour this season continuing to impress.

Alexander Zverev is the only of the younger players to have made it this far, and he has previously commented that the pressure of the media is one factor in the NextGen players’ struggles to make a breakthrough at the top.

Asked whether or not he felt that warranted criticism of the younger players on the ATP Tour, Djokovic answered: “Not necessarily.

“I know you guys might be a little bit rough on them. I think there is a lot of quality in the new generation.

“Zverev is obviously the leader of that next generation. He has proven himself, established himself as a top player.

“He has won many Masters 1000 events already, I think three in his career, which is quite impressive.

“You have to give him credit for that, qualifying for World Tour Finals two years in a row.

“Then you have players like [Karen] Khachanov, of course, [Stefanos] Tsitsipas, [Borna] Coric.

“I think tennis is in good hands. At the same time I think us older guys, we’re still obviously working hard and working smart and trying to get the most out of what we have in ourselves left.

“How long that’s going to go for, we don’t know.

Obviously, experience plays an important role in this kind of matches, knowing how to kind of approach, play, behave in certain moments, how to deal and cope with pressure. So obviously that’s on our side.”