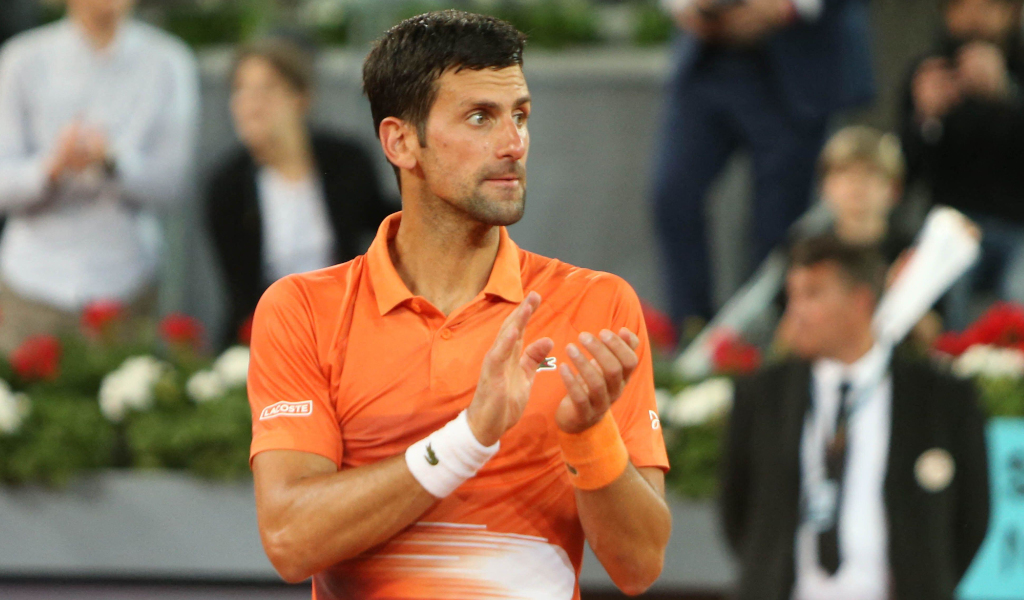 There were a lot of “positive and encouraging” signs for Novak Djokovic at the Madrid Open and he hopes to continue his upward trajectory in Rome this week before switching focus to the French Open.

After several months on the sidelines due to his unvaccanited status, Djokovic made a sluggish return as he lost his opener in Monte Carlo. However, he bounced back to finish runner-up at the Serbia Open while he made it to the semi-final in Madrid last week, going down in three sets to the in-form Carlos Alcaraz.

The world No 1 believes he is heading in the right direction ahead of Roland Garros, where he is the defending champion.

“I think it’s closer to the desired level every week,” the Serbian said. “[In] Madrid, even though I lost in the semi-finals, I still think I played really good tennis. Felt physically hundred percent, even after an almost three-and-a-half-hour battle against Alcaraz. I recovered well the next day, was ready to go.

“That’s a positive and encouraging factor prior to Rome and also, of course, the big goal which is Paris. I think I’m in the right direction.”

The 20-time Grand Slam winner will take on Aslan Karatsev in the second round of the Italian Open on Tuesday and he hopes to get a few more matches under his belt ahead of the French Open, which gets underway on May 22.

“I know I can always play better, and I know that I’m very self-critical on the court. At the same time, realistically looking, I think the tennis, quality of tennis, level of tennis, is really high now,” he said.

“Hopefully I can maintain that level throughout this week (in Rome) and build, go deep in this tournament hopefully – that’s the goal – and come to Paris well-prepared.”