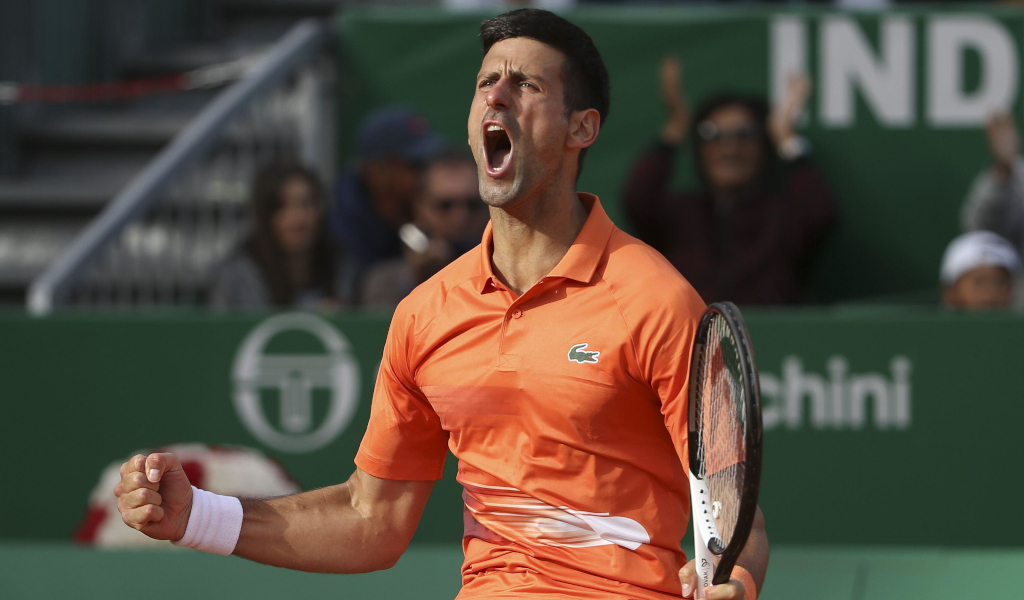 He had to “muscle it out” in yet another game at the Serbia Open, but Novak Djokovic is enjoying the “unique opportunity” to play in his home country as he looks to regain his best form.

It has been a difficult start to the 2022 season for Djokovic as he missed the bulk of the campaign due to his unvaccinated status while his return at the Monte Carlo Masters did not go according to plan as he lost his opening match.

It has also not been plain sailing in his first two matches in Belgrade as he was taken to three sets in both encounters, winning Thursday’s clash 4-6, 6-3, 6-3 against Miomir Kecmanovic.

“I muscled it out,” he is quoted as saying by ATP Tour. “I managed to physically just stay there with my opponent, yesterday and today. I was physically able to get into the position to have the momentum on my side.”

The moment Belgrade rose to its feet as @DjokerNole overcame a spirited Kecmanovic…#SerbiaOpen pic.twitter.com/IF6AdJk3Gl

Djokovic turns 35 on May 22 and he has been playing professional tennis for nearly two decades, having turned pro in 2003, while he has been at the very top for nearly 15 years.

Naturally some of the younger guys will start to challenge the older generation, but Djokovic is always happy to adopt and find new ways to continue to challenge.

“Every stage of your career — especially after playing for 20 years on the Tour — has its differences in terms of how you approach things mentally,” the world No 1 said. “My life has changed so much over the last 10 years, and my body as well. So you have to adapt to that, understand these changes, understand what I’m going through and figure out the biology of things. I constantly strategise, organise and plan with my team that helps me to peak at the right time and be able to compete with the young guys.

He added: “For me, age is just a number. I sincerely feel younger than 35.”

While many would consider throwing in the towel after a difficult few months, Djokovic is determined to continue playing and don’t for a moment think that losing matches keeps him down for too long.

“I choose to play,” the Serbian said. “No one is forcing me to play. I’ve done enough in my career that I could stop today. But I still feel motivated and inspired. I love to play in front of people, of course here in Serbia is a unique opportunity for me, and those kind of unique occasions feed me with good energy. I love being here and I love competing.

“I also, as weird as it sounds, I love being devastated by losing big matches. Because I know that means that I care about winning and being able to compete with the best players in the world.”