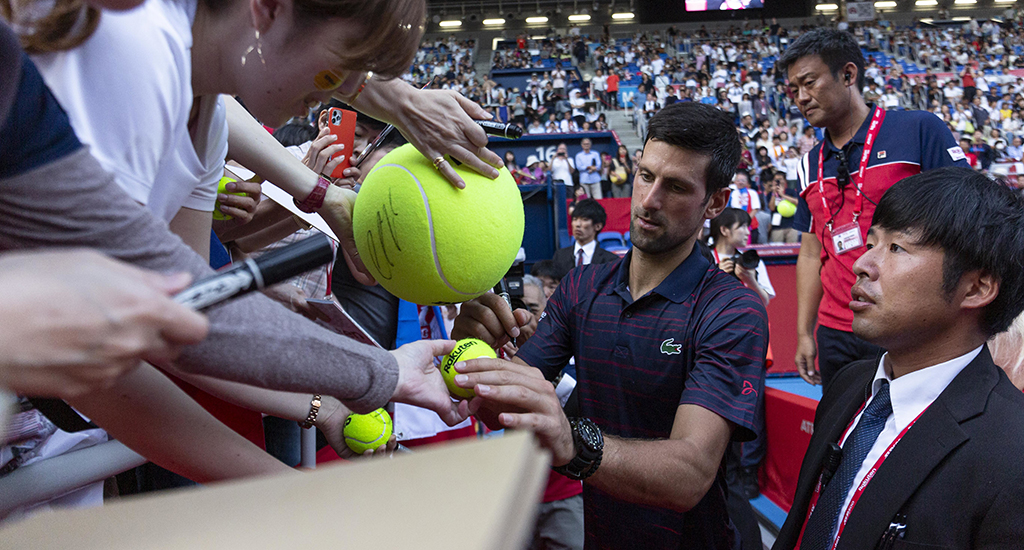 Novak Djokovic showed no signs of being hampered by his shoulder injury as he blasted his way past Lucas Pouille in just 50 minutes in the quarter-final of the Japan Open.

The world number one is playing his first tournament since the injury forced him to retired at the US Open last month, but he was in ominous form in Tokyo.

Djokovic gave up just three games before rounding out a brutally comprehensive 6-1, 6-2 dismantling of the Frenchman.

“It was definitely one of the best matches I’ve played this year,” Djokovic said after the match. “Best one of this week [and it] came at the right time.

“I thought Lucas was playing really well the first couple of matches in this tournament.

““I saw him play a couple of days ago against [Yoshihito] Nishioka and he was playing really well.

“I took away the time from him. I served well, served many aces, returned a lot of his serves back and just used every opportunity to come in.

Djokovic will now face David Goffin or Hyeon Chung for a place in the final.