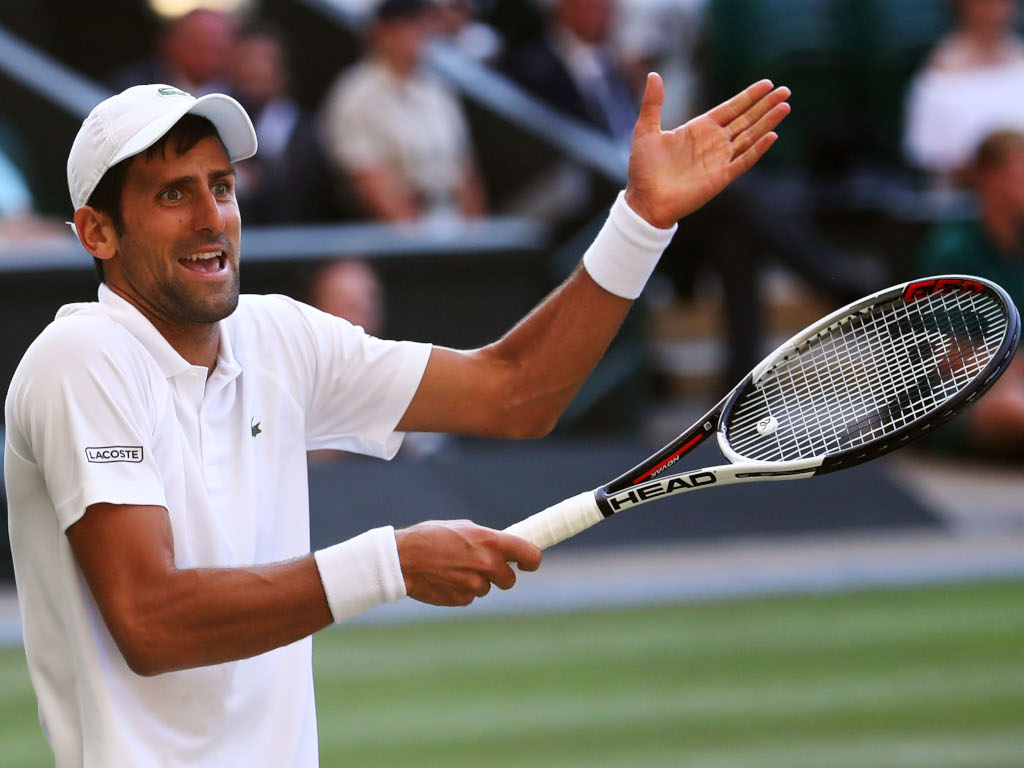 Novak Djokovic avoided a scheduling nightmare and he hopes it will result in him returning to Centre Court come Wednesday.

The three-time champion’s last 16-encounter against Karen Khachanov was the last match scheduled for the No 1 Court on Monday.

With South African Kevin Anderson and Frenchman Gael Monfils’ match taking more than three hours to complete, it meant Djokovic and Khachanov had only about two hours of daylight left to avoid having to come back the following day.

Luckily for Djokovic he claimed a quickfire 6-4, 6-2, 6-2 win over the Russian and avoided the possibility of playing on both Tuesday and Wednesday.

“Post-match I heard that the organisers were planning to cancel my match if Monfils and Anderson went to a fifth. Luckily for me it didn’t happen,” the Serb said.

“The last couple of games I couldn’t really see the ball very clearly, it was getting very dark… so I had to hang in there.”

He added: “I’m really happy the way I played. I managed to win in straight sets against a player in form. I was really pleased with my second and third set. Really, really pleased. I made him play a lot.

“I served accurately, picking my spots, not really forcing the serve too much, trying to get easier first shot in the rally.”

Asked whether he expects to be on Centre Court for his quarter-final tie against the 24th seed Kei Nishikori, he replied: “We’ll see. Hopefully.”