Novak Djokovic: Everyone holds me accountable for everything in tennis at the moment 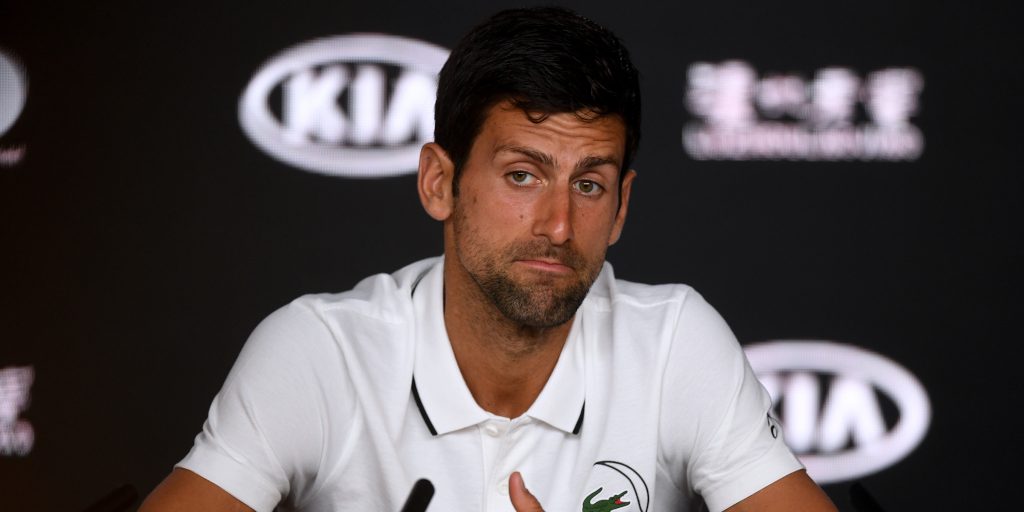 Novak Djokovic has made it clear that he is not happy with the way he is being portrayed in the media, saying “everyone holds me accountable for everything that happens in tennis at the moment”.

The world No 1 is currently the president of the ATP Player Council, but the organisation and the ATP Board have come in for a lot of stick in recent months.

The ATP Board opted not to renew Chris Kermode’s contract as ATP president and chairman despite support from several top players including Roger Federer and Rafael Nadal, while they also decided not to suspend Justin Gimelstob despite legal proceedings against the American.

Gimelstob faced an assault charge, but later pleaded no contest to a felony charge and was sentenced to three years of probation and 60 days of community service.

A week later and he stepped down from his role on the ATP Board, but those on the Board and the ATP Player Council have come in for plenty of stick.

The likes of Federer, Nadal and Stan Wawrinka have all been very outspoken and Djokovic, especially, has been on the receiving end.

The 15-time Grand Slam winner was asked about recent events during a press conference in Rome.

“I feel that I’ve been exposed way too much for being president of the council, having that role,” he said. “Everyone holds me accountable for everything that happens in tennis at the moment, which I think it’s unfair because I’m not the only one there.

“If someone wants to understand the way the structure works, then he wouldn’t be having that kind of approach.

“That’s what I’m trying to talk to you about here, not about information that’s going out. Some of them are correct, some of them are not. I just feel that the way we go about things, there is a lack of respect.”

"Everyone holds me accountable for every single thing that happens in tennis at the moment."@DjokerNole opens up on how he's been portrayed as the head of the ATP Player Council and speaks on the price increase for Federer's match.#IBI19 pic.twitter.com/g5cj36a9hb

He added: “I do have respect of players, of course. I’m very privileged to be leading the group. But I cannot make decisions on behalf of the group, nor any of my stands can make a difference in majority votes for someone else or something else. That’s going to be the same kind of process now.”