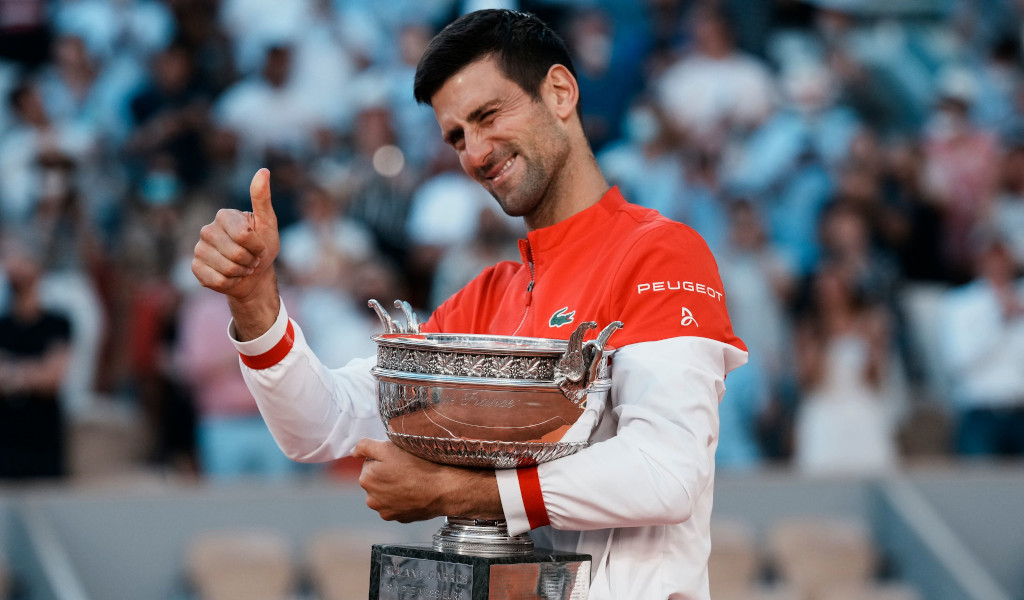 Novak Djokovic’s return to the ATP did not go according to play on Tuesday, as he lost to Alejandro Davidovich Fokina at the Monte Carlo Masters.

In just his second tournament of 2022, Djokovic looked out of sorts as he lost the final set in convincing fashion, but he quickly turned his attentions to the bigger picture and his challenge to retain the French Open title in Paris next month.

Here, Jack Ingleby looks back on Djokovic’s more glorious moments on clay, with the world No 1’s army of fans around the world hoping this list will have new additions by the time the clay court season comes to an end.

The two current best players on the planet faced off with the winner playing Rafael Nadal in the final. Both players would prefer to play on grass or hard court which made the tie even more interesting for the fans. It was Djokovic who came out on top in what was a stunning performance from the Serb.

He won 6-4, 7-5, 6-3 to reach his first French Open Final and while he was unable to get his hands on the title in 2012, this was a year when he announced himself as a real threat on clay courts.

After beating Djokovic in the French Open final the year before, Rafael Nadal seemed unstoppable on clay. The Spaniard had 46 consecutive victories with eight straight finals at Monte Carlo – the longest-ever winning streak at the event and the longest winning run in a singles tournament.

This made the Serbian’s win even more special as he won 6-2, 7-6 to prove he could be the one to match Nadal’s skill on the clay court. People often wonder how many more titles Novak would have won on clay if it wasn’t for the dominance of Nadal who is dubbed the ‘King of Clay’, but on this occasion, the Serbian out-performed the Spaniard to clinch his first win at the Monte Carlo Masters.

After two defeats against Nadal in French Open finals, it was always going to be a huge match-up between the game’s top two on clay. The fans would have liked to see this game in the semis or final but nether less it was still the biggest tie you could get on a clay court in 2015. It was Djokovic who got his revenge as he beat Nadal in straight sets 7-5, 6-3, 6-1 to complete one of the biggest clay victories of his career.

The significance of this win was that Djokovic became only the second man to beat Nadal at the French Open, the first being Sweden’s Robin Soderling in 2009. Since then, Nadal had gone unbeaten in six years at the Open which is why this win has to be in his top five wins on clay court.

There was huge anticipation going into this showdown in Paris. Djokovic had reached the final on three previous occasions, falling short every time. After 2012 and 2014 losses to Rafael Nadal and a surprise 2015 loss to Stan Wawrinka, Djokovic knew he was under pressure to finally get his hands on the Roland Garros Trophy.

He faced Andy Murray who he had beaten in the Australian Open final earlier that year. After losing the first set 6-3 you started to wonder was Djokovic cursed in this famous Grand Slam event. But, the Serbian maestro made no mistakes in the remaining sets 6-1, 6-2, 6-4 to finally win the French Open and become the eighth men’s singles player to win all four Grand Slams.

It needed something hugely significant to halt the Paris Covid curfew and this match was it. As Djokovic and Nadal did battle on Court Philippe Chatrier, the 11pm curfew for fans to return to their homes loomed large, but a decision was made by the French authorities to allow the match to continue in front of a crowd. Djokovic and Nadal put on a show worthy of the occasion, with the drama from a brutal contest capturing the imagination of sporting fans around the world.

It was Djokovic who prevailed with a 3-6, 6-3, 7-6, 6-2 win, as he marched towards his second French Open title. “I’m speechless at what I’m watching,” said former British No 1 Annabel Croft on BBC Radio 5 Live Sports Extra. “I’ve never seen anything like this.” Those comments said it all.