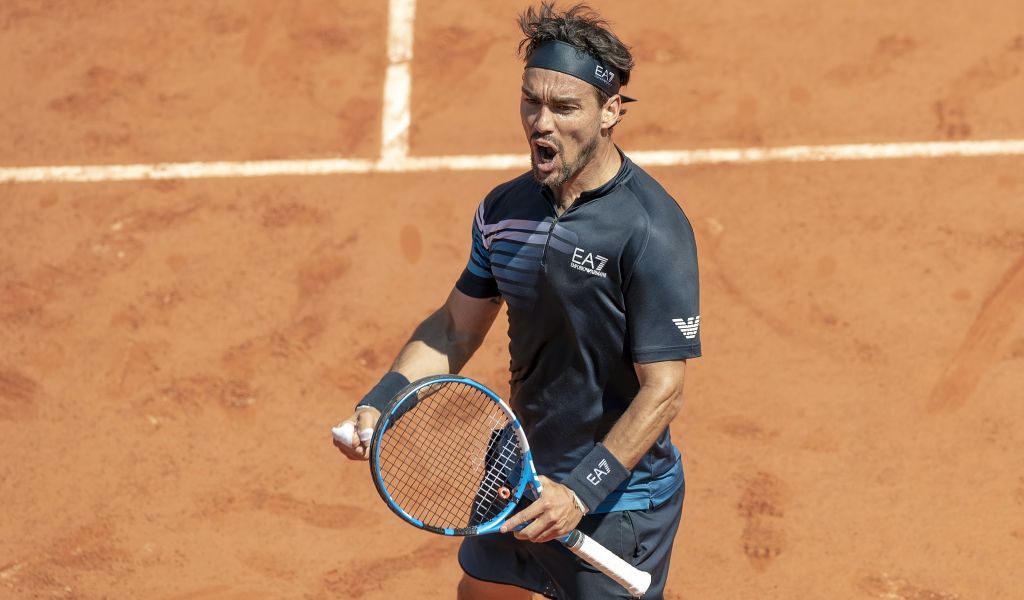 World No 1 Novak Djokovic has hailed Fabio Fognini after the Italian’s performances at Roland Garros catapulted him into the top 10.

The Italian may have lost on Monday in the fourth round of the French Open in four sets to Germany’s Alexander Zverev, but his performances combined with other results going his way, at the age of 32, have finally taken Fognini to a new high of nine in the world.

Djokovic, having grown up playing juniors with both Fognini and Andy Murray at the age of 12, was quick to congratulate his friend and fellow pro.

“Fabio is one of the most talented players on the tour for many years already,” said the Serb.

“I think he lacked consistency, I think, with his results over the years. He was top 15 some years ago, and then, you know, he was kind of up and down. Clay was always his favourite surface.”

The Italian went as high as 14 in the world back in 2014, but his inconsistency and lack of motivation often prevented him from achieving his undoubted potential.

However, wins against the likes of Alexander Zverev and Rafael Nadal on his way to winning a maiden Masters 1000 in Monte Carlo have shot the Italian back to prominence.

“It seems like things are coming together for him in the last year and a half. I’m not really surprised with his win in Monte-Carlo, because I’m familiar with his potential, with his strengths, with what he can do on clay, especially,” the world No 1 remarked.

“He seems focused. It was just a matter of time when things will come together for him so that he can perform as well as he did on clay in Monte-Carlo and also here.”

Djokovic would have played the Italian in the quarter-finals but will instead play Zverev after the German came from a set down to deny Fognini in four sets.

Fognini becomes the first Italian man since Corrado Barazzutti in 1978 to be ranked inside the men’s top 10.

“Fabio deserved to get this achievement so much and now he does not have to stop because he can and needs to do even better now.”

Fognini will now rest ahead of his preparations for Wimbledon and the upcoming grass-court season.