Novak Djokovic impressed by improving Lorenzo Musetti: ‘He’s got a bright future ahead of him’ 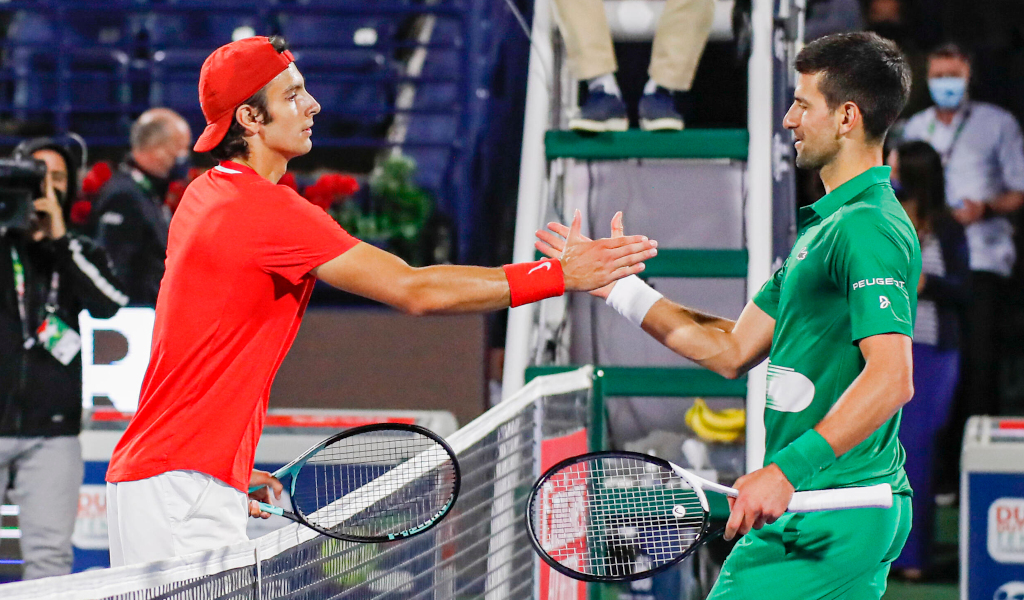 Novak Djokovic feels “things are coming together” for Lorenzo Musetti, saying the Italian has “a complete game” and proving he can compete on all surfaces.

The 21-time Grand Slam winner defeated Karen Khachanov 6-4, 6-1 at the Paris Masters on Thursday to set up a quarter-final clash against Musetti.

It will be Djokovic and Musetti’s third meeting and, although the former leads the head-to-head 2-0, the Italian came close to upsetting his more esteemed rival at the 2021 French Open as he won the first two sets before falling away to lose in five sets.

“Without a doubt, he has improved generally, but particularly on hard courts,” Djokovic told Tennis Majors. “I mean, we know that clay is his preferred surface, but I think maybe that has changed, because his first [hard court] title came in Napoli a few weeks ago. This week he has beaten some really high quality, top-ranked players.”

The young Italian has been one of the form players on the ATP Tour in recent months as he reached the semi-finals in Sofia and Florence before winning the second title of his career, the Napoli Cup a fortnight ago, although he did lose early at the Swiss Indoors last week.

After finding himself outside the top 80 in April, Musetti now sits at a career-high No 23.

Djokovic added: “He’s got a bright future ahead of him. Things are coming together. It takes a few years for a young player to be on the Tour to understand how the Tour functions and understand what it takes to find that balance where you are able to consistently play well.

“Nowadays, you can’t be a top player if you’re playing only well on one surface. You have to be an all-around player, all-surface player. He’s showing, you know, the signs of an improvement on all surfaces. He’s got a complete game. One of the nicest one-handed backhands on the Tour.”

The Djokovic-Musetti clash is scheduled to get underway at 18:30 GMT and the winner of that encounter will face either fifth seed Stefanos Tsitsipas or Tommy Paul in the semi-final on Saturday.

READ MORE: Novak Djokovic’s warning to world No 1 Carlos Alcaraz: ‘Everyone wants to dethrone you’