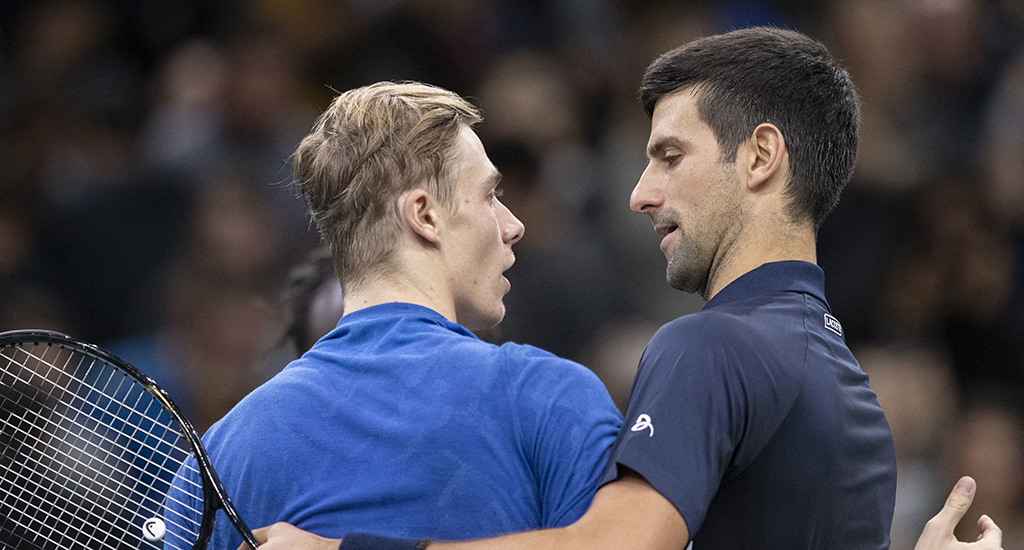 The NextGen are already here and ready to fight for the biggest titles in tennis, Novak Djokovic has warned rivals Rafael Nadal and Roger Federer.

Between them ,the trio have dominated the ATP Tour for 15 years, pretty much monopolising the Grand Slams and other major crowns in men’s tennis.

However, after beating Denis Shapovalov in the final of the Paris Masters, Djokovic says that facing players of his generation for the major titles rather than his established rivals is becoming much more commonplace.

“I don’t think there’s any big difference in terms of the game,” Djokovic said in Paris.

“Next Gen guys have won Masters 1000s like [Alexander] Zverev some years ago. And so it has happened and it’s going to happen more.

“The new generation is already there. And guys like [Daniil] Medvedev and [Karen] Khachanov and [Andrey] Rublev, and [Stefanos] Tsitsipas and Zverev and [Dominic] Thiem, and you know, Denis, Felix [Auger-Aliassime], this generation, it has already established themselves in the first Top 20 of the [ATP Rankings].

“And now these guys are starting to believe, more and more, that they can actually fight for the biggest trophies with the other guys.

This season, Medvedev and Thiem have reached Grand Slam finals as well as both winning their first Masters level titles.