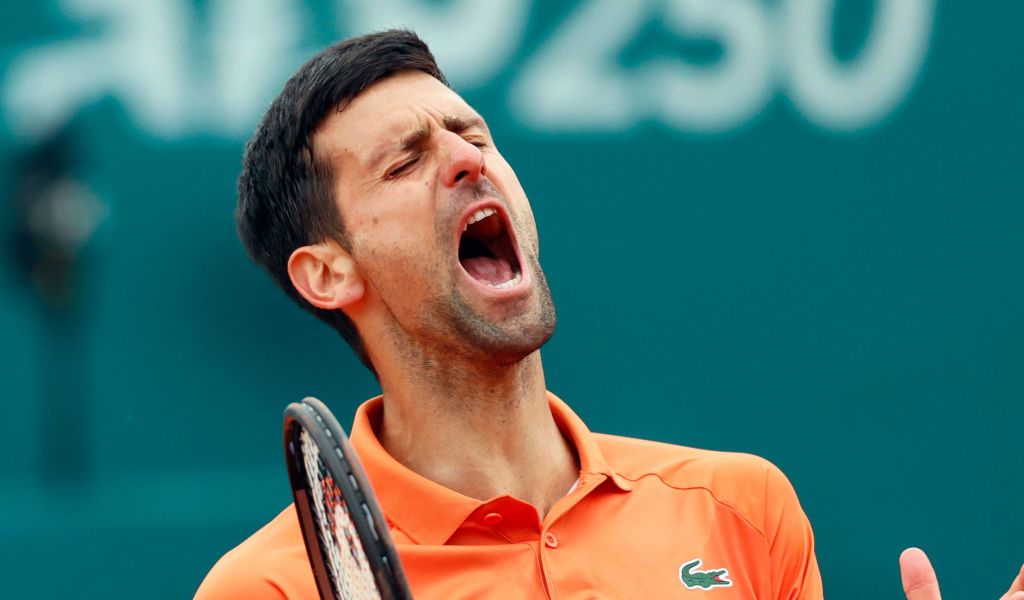 Novak Djokovic advanced to the Astana Open final in anti-climactic circumstances after Daniil Medvedev retired from their semi-final.

Medvedev appeared to suffer an injury during the second set tie-breaker before retiring with the match level.

The Russian said that he realised when it happened that he wouldn’t be able to play the final even if he had won the tiebreaker and taken the match.

“It’s the second time in my life I retired like this with a pulled muscle,” Medvedev explained later.

“So here, on the second point of the tie-break, I felt a little bit [of a] strange pop in my adductor.

“I first thought maybe it is cramp and after the point I was like, `No, probably not a cramp.’

“And during the tie-break, I felt I can play like five, 10 more points but that’s it.

“If I play one more set, you can do it, but you can probably miss half a year instead of one month.”

He was questioned about how fair the timing of his retirement was, given that had he won the tiebreaker the Astana Open final might have ended up being a walkover for Stefanos Tsitsipas.

“I actually have no idea what is fair,” Medvedev said when discussing his decision to retire.

“If I won, I would not play the final.

“If I manage to win, well I cannot do anything, I will retire.

“If I lose, congrats to Novak, he’s still in great shape.

“Good luck to him in the final.”

Djokovic wished his opponent well as he survived another tough clash with the 2021 US Open champion.

“I really hope that his injury is nothing too serious,” said Djokovic.

“He wouldn’t retire a match if he didn’t feel that he [could] continue or [if it wouldn’t] worsen his injury.

“He told me that he pulled an adductor muscle in his leg.

“It was such a close match, particularly in the second set.

“I would probably say he was a better player on the court in both sets.

“I was fighting and trying to find a way.

“I found a way to win the second, but I’m just sad for the tournament and for these people who were enjoying the battle, and for Daniil that it had to end this way.”

Djokovic has now won 14 matches in a row in ATP Tour action, and revealed that the slower conditions in Nur-Sultan took some getting used to after winning on rapid court in Tel Aviv.

“We played a lot of drop shots once the balls got really big and fluffy and I couldn’t really penetrate through him,” Djokovic said.

“I’ve been in those shoes myself throughout my career, that players thought they couldn’t put a ball past me, but now I [know] how it feels when someone who really doesn’t make mistakes is on the opposite side of the net.

“He just makes you work really hard for every single point.

“The conditions here are playing a bit slower, actually a lot slower than last week in Israel where I played, so I had to adjust and against a player like Daniil, you’re just not going to have many free points.

“So you just have to work your way all the time.

“The tie-break was super exciting and the house was on fire here in the stadium.”