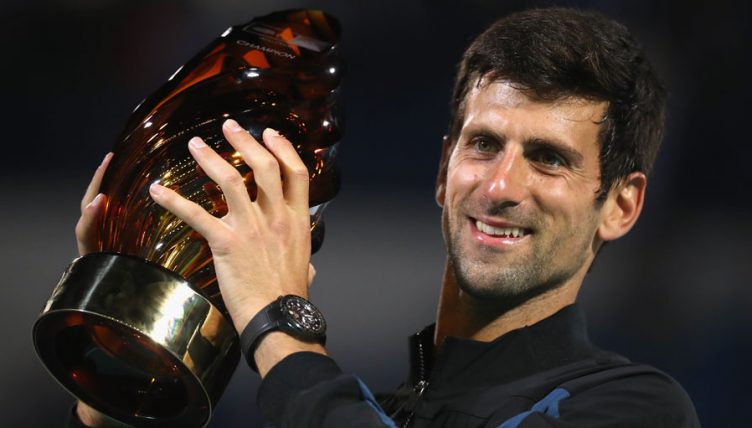 Novak Djokovic has claimed a fourth career Mubadala title after coming from behind to beat Kevin Anderson in Abu Dhabi.

The world number one dropped the opening set but roared back to claim a 4-6 7-5 7-5 success.

No rankings points were available for what is essentially an exhibition tournament, but he was thrilled to start building momentum for the new season regardless.

“I take a lot of positives from this match,” Djokovic said.

“Anderson is one of the best players in the world and has been playing with a high level of consistency.

“When you play someone like this at this level you want to win. It helps your confidence and adds to your mental strength.

“[I’m] definitely pleased to win today and looking forward to the season.”

The highlight of the match was perhaps the last, as Djokovic produced an incredible forehand to win match point after nearly two-and-a-half hours.

“Anderson was pumped from the beginning and he got me fired up as well,” Djokovic admitted.

“He wanted to win as much as I did. I could feel the tension between us, two great competitors.

“I think it was the best match point I’ve ever played!”