‘I was lucky in the first set, but stepped it up in the second set,’ says Novak Djokovic after Vienna opener 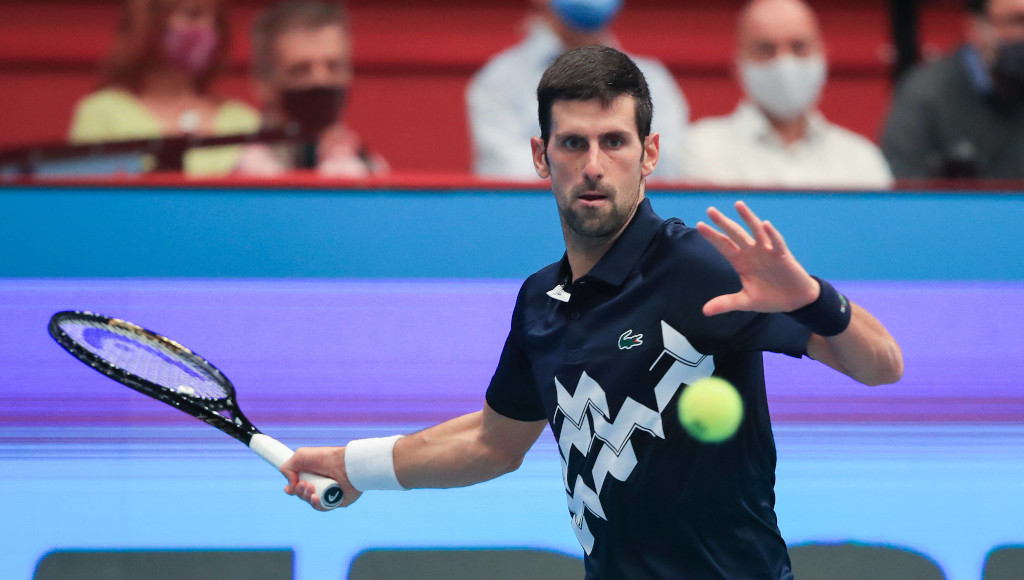 Novak Djokovic rode his luck in the opening set against Filip Krajinovic, but he eventually got his act together to reach the second round of the Vienna Open.

Krajinovic found himself serving for the first set, but Djokovic broke back to draw level before wrapping it up 7-6 (7-6), 6-3 in just under two hours.

Like he’s never been away 🙌@DjokerNole comes through a tough encounter with friend & compatriot Krajinovic 7-6 6-3 to win on his Vienna return#ErsteBankOpen pic.twitter.com/ckKzOdN2po

The world No 1 initially had the early upper hand as he broke his compatriot in game four, but then Krajinovic won four games in a row on the back of two breaks.

The world No 30 served for the set at 5-4, but Djokovic pulled out all the stops to break level and then won the tie-breaker.

“I was lucky in the first set… We are good friends, we train a lot [together] and it is never easy to play someone that you are very close to,” he said after the match. “He is a very nice guy and I have known him since he was very young. I followed him, I tried to be there as a friend, as a mentor. We go back a long way.

“We practised a few times [together] before coming to Vienna. The draw was tough for us to face each other, but there is always extra pressure and importance to a match when you play someone that you know very well.”

The second set was more straightforward for the 17-time Grand Slam winner as he broke in game three and again in game nine.

“[In the] first set, I think he was the better player. He was serving for the first set and I was lucky. He missed a smash at 6/6 in the tie-break,” he said. “A few points here and there can change the momentum of the match. In the second set, I stepped it up, I played better and I am just pleased with the way I finished the match.”

Next up is Borna Coric after the Croatian beat Taylor Fritz from the United States 6-4, 6-4.