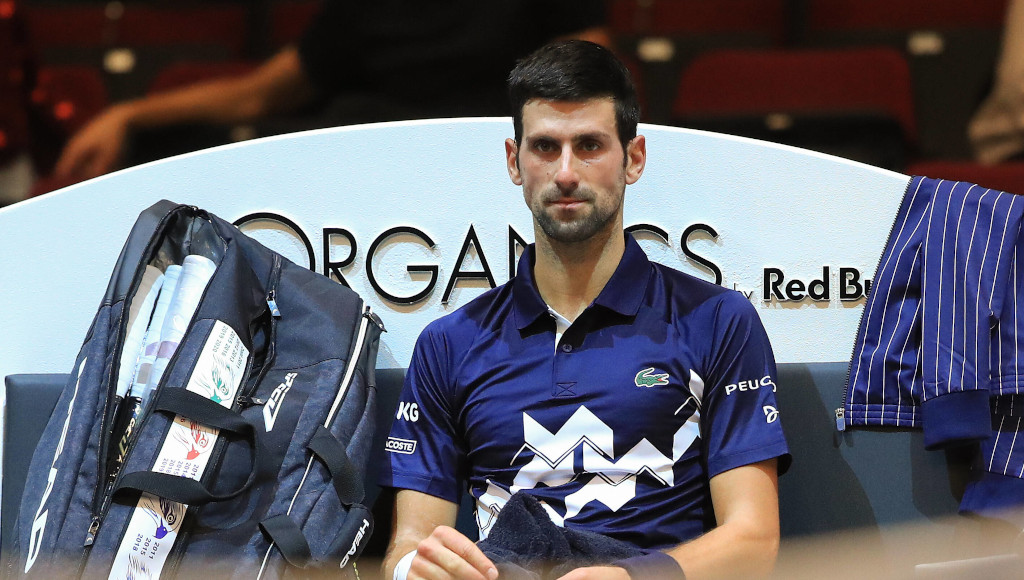 He has 932 ATP Tour-level singles wins and 17 Grand Slam trophies to his name, but Novak Djokovic admits every match is still a “mental and emotional challenge”.

Djokovic on Wednesday reached the quarter-final of the Vienna Open with a 7-6 (13-11), 6-3 victory over Borna Coric from Croatia.

Simply too good 🙌@DjokerNole pushes past Borna Coric 7-6 6-3 to reach the last eight at #ErsteBankOpen in Vienna. pic.twitter.com/X7h395Rxkf

The victory also all-but secured him the year-end No 1 trophy for a sixth time, which will see him draw level with Pete Sampras’ record.

It has been a dominant season from Djokovic as his record now stands at 39-2 with the one loss his default from the US Open and the other one his defeat against Rafael Nadal in the French Open final.

Yet despite being an all-time great, Djokovic spoke of the internal storms he has to weather during every match.

“Every player will say that they want to play on their own terms. We step onto the court with a clear mindset of tactics and what needs to be executed but nerves kick in. Sometimes you feel that your shots are not working as you want them to,” he said.

“In my own case regardless of having the experience of playing so many matches on the biggest stages I still feel nervous and have those concerns as everybody else. I still have to weather the storm internally.

“I think it happens more or less every match. Sometimes it is high intensity, sometimes low. Over the years I have learned how to deal with myself and how to calm my mind. Focus my energy in the right direction.”

Top 10 ATP No 1s by weeks: Novak Djokovic closing in on Roger Federer milestone, but who else features?

He added: “Today (Wednesday) and yesterday (Tuesday) in the first set I think I was waiting too much for them to dictate the play. They played on their terms and they had a better chance if I am not dictating as much.

“I was running a lot, playing defence and using a lot of energy. But sometimes it is necessary if you have to find a way to win.

“Every match is a mental and emotional challenge.”