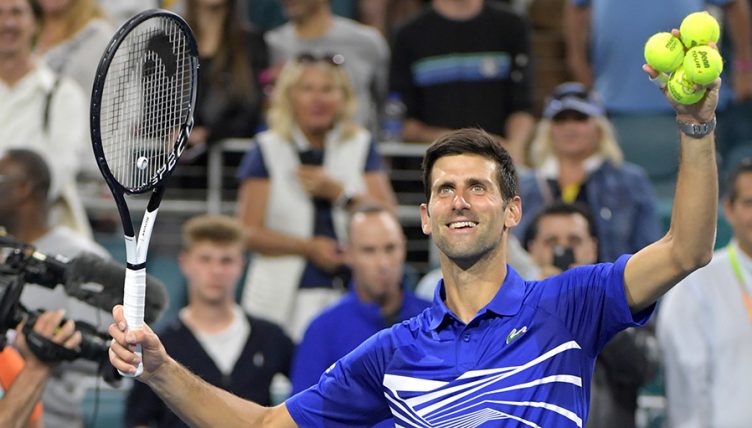 Novak Djokovic was in authoritative mood as he dismissed Bernard Tomic in his opening match at the Miami Open.

The world number one is coming in on the back of a poor performance at Indian Wells, and needed to recover from a break down against the Australian.

“[Tomic] doesn’t give you much rhythm at all,” Djokovic said after the match.

“Every ball is different. He can play equally well in the court and far behind the baseline, slows down the pace.

“He just has a very unconventional shot. Kind of hard to play someone that you can’t really predict what’s next.

“Second set I played better. Overall it was a solid match.

“I’ve had quite a lot of court time between [my] Indian Wells loss in singles and now, tonight’s match.

“I’ve worked on everything I need to work on. Now it’s just a matter of time to build the momentum and build that match play.”