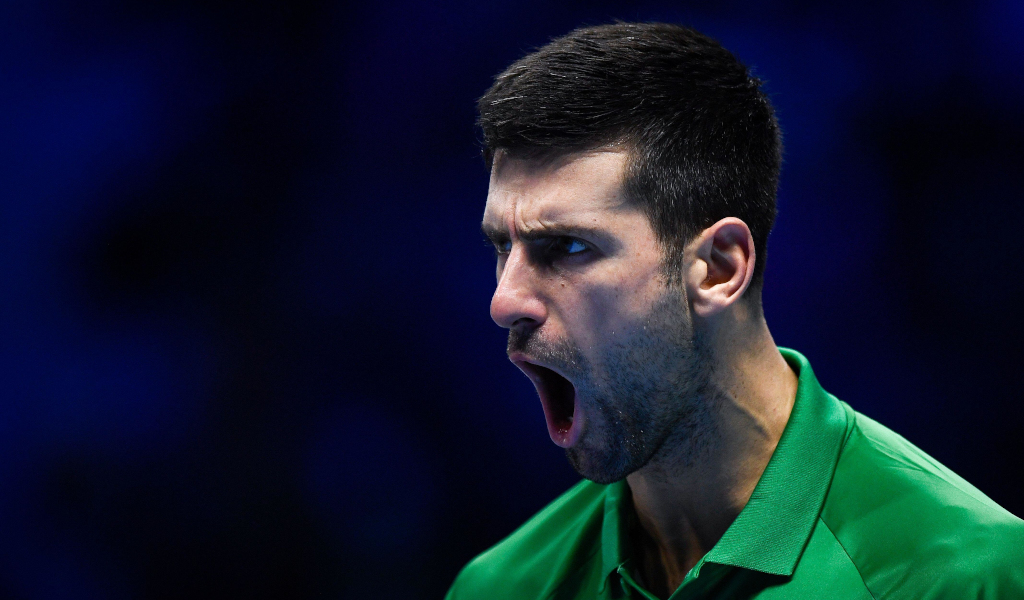 Novak Djokovic will equal the ATP Finals record of Roger Federer if he wins Sunday’s final against Casper Ruud in Turin.

The Serbian struggled physically in his final group match against Daniil Medvedev on Friday evening but went into the semi-finals as the only unbeaten singles player and battled to a 7-6 (5) 7-6 (6) victory over American Taylor Fritz.

Djokovic looked uncomfortable at times but stepped up when it mattered, threading a forehand down the line to take the opening set and then fighting back from 5-3 down in the second.

The 35-year-old won four successive titles between 2012 and 2015 to close to within one of his great rival Federer but has not managed to lift the trophy since.

Djokovic said: “I knew coming into the match that I will not be freshest but that I will have to find a way differently to adjust my game.

“I wasn’t game-wise feeling the best. Physically I was OK. I was not hitting the ball cleanly as I have throughout the week.

“At the same time I think that these kind of wins double in value because you’re not feeling great but you still manage to win against a great player, two tie-breakers. Of course, I have to be pleased with that.”

Djokovic is now preparing for a ATP Finals encounter against Casper Rudd on Sunday, after the Norwegian beat Andrey Rublev 6-2, 6-4.

Ruud came out on top in the key moments against Rublev, as he converted four of four break points to cruise to a comfortable victory at the Pala Alpitour.

A late wobble from Ruud as he closed in on victory could not throw him off course as he earned a chance to end his season on a high.

“It’s tough sometimes because things are obviously going great, but sometimes they can go almost too well,” Ruud said.

“So you feel like you can do anything with the ball and you can get a little bit ahead of yourself.

“I don’t think I did when I was serving for it [the first time]. Andrey hit some great returns, aggressive with the forehand.

“Of course, you tend to hesitate a little bit. Luckily for me, I go out there at 5-4 and serve with new balls, so that helps a lot.

“I knew that I had the backup break. I wasn’t stressing too much. Everything sort of was going my way today.

“I got a couple of good beatings from Andrey, so it was nice to sort of get revenge from that.

“We haven’t played since here last year. I’m not going to get ahead of myself, but I guess I have a good thing going against him in Turin.”

In the doubles, Joe Salisbury again got the better of his Davis Cup team-mate Neal Skupski as he and American Rajeev Ram reached the final for the second successive year.

Salisbury and Ram defeated Skupski and Dutchman Wesley Koolhof in the US Open final and repeated the feat with a 7-6 (7) 6-4 victory over the top seeds on Saturday.

Salisbury, who is aiming to become the first British player to win the doubles title at the prestigious event, said: “We are very happy to be through. I feel we are pretty good at handling whatever, any situation we are in.”

Salisbury and Ram were beaten by French duo Nicolas Mahut and Pierre-Hugues Herbert 12 months ago.

To go one better they will need to beat Croatian duo Nikola Mektic and Mate Pavic, who ended the hopes of a third English player, Lloyd Glasspool. Glasspool and Finn Harri Heliovaara pushed their rivals all the way but went down 6-4 6-7 (4) (10-6).