Novak Djokovic news: Number one reign over as Nole loses in Dubai 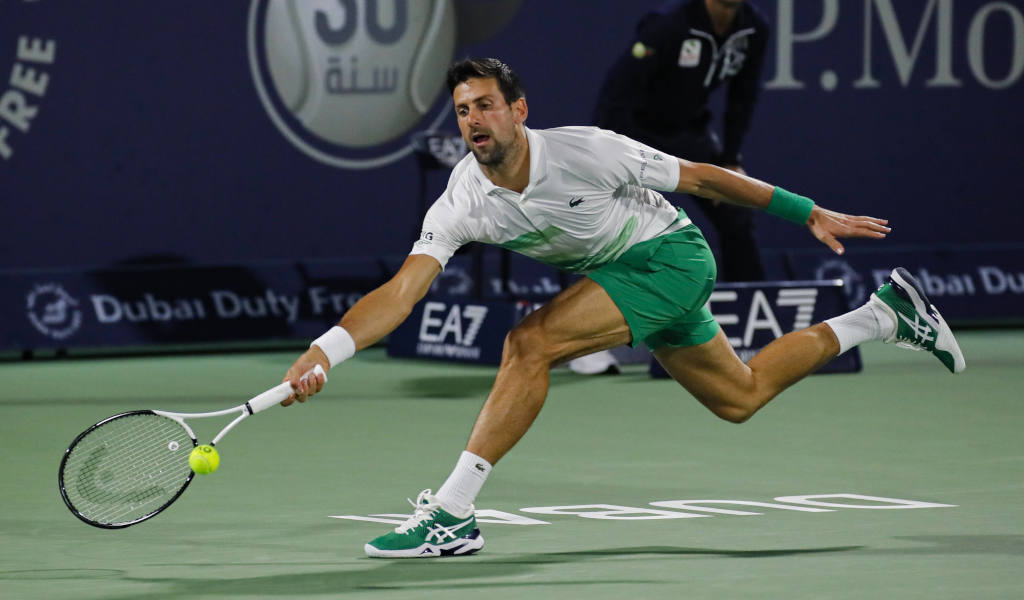 Novak Djokovic has been knocked out of the Dubai Tennis Championships after a straight sets loss to Czech Republic’s Jiri Vesely.

Djokovic went down 6-4 7-6(4) to Vesely in one hour and 59 minutes to ensure that Daniil Medvedev will become World No 1 on Monday 28 February.

Vesely believes it will be refreshing to see a new name at the top of the ATP rankings and an inspiration to young players.

The upset victory is Vesely’s second in two meetings with Djokovic.

“After yesterday’s match I was joking that I did not want to fail my record against Novak because I was leading. I never expected to lead again.

“It’s great for tennis to have somebody new at world number one again.

“We all know Novak missed the Australian Open but he’s such a champion. He’s been world number one for 361 weeks.

It has been six years since they last met on the ATP Tour but Vesely made a fast start to the contest.

The Czech broke Djokovic in the Serbian’s opening service game, curiously, just as he had done in his Monte Carlo win.

Djokovic dug deep to fight back and level at 2-2 but Vesely, who went after the Serb’s second serve at every opportunity would restore his break advantage in seventh game and hold his serve to take the opening set in 48 minutes.

After that straightforward opening set, it would take some real grunt work to close out the victory.

Vesely broke the world number one’s serve to go 4-3 up and then produced a stunning moment of flair on his way to snatching a 5-3 advantage.

LIGHTNING STRIKES TWICE ⚡️ ⚡️@jiri_vesely stuns Djokovic for the 2nd time in his career, ending his reign at No. 1 with a 6-4 7-6 victory! pic.twitter.com/YXVuWHCuxq

However, Vesely couldn’t capitalise on the chance to serve for the match at 5-4 and the second set would go to a tiebreaker.

Vesely found more in the tank as evidenced by the powerful winner he hit to clinch his place in the last four.

The Czech will face the winner of the quarterfinal match between Denis Shapovalov and Ricardas Berankis.