Rising star tipped to be new Novak Djokovic: ‘He has something of Nole in him’ 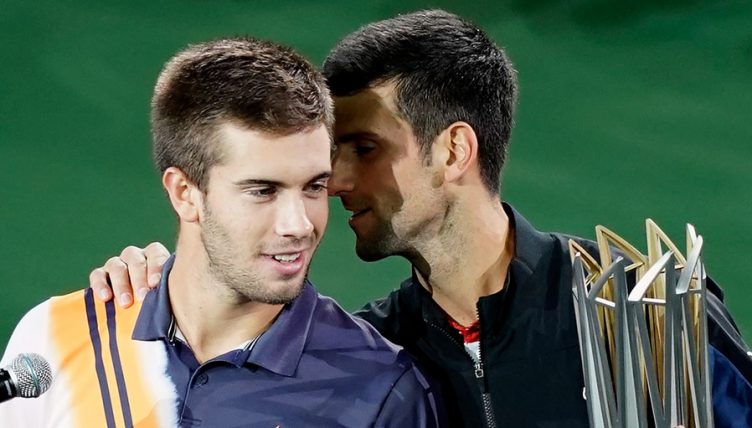 Borna Coric has been likened to world number one Novak Djokovic by the man who has coached them both.

The Croatian has had a great year, leaping 36 places in the world rankings to number 12 at the end of the year.

And his coach, Riccardo Piattai, who worked with Djokovic during his formative years, says there are comparisons to be made.

“In the past he was a little bit more defensive,” Piatti told L’Equipe.

“Now he dictates a little bit more with his game, he is more aggressive.

“Borna has something of Nole [in him]. In the way he moves on court, in his game and personality.

“The connection between Coric and Djokovic is not false.

“Borna is a respectful guy, easy to work with and who knows what he wants.

“Younger players often do not know well because they are so good.

“With him it’s a little bit the same: there is always something new that appears because he does not know how to fulfil his potential.

“But his basics are very strong.”