Novak Djokovic on ‘lovely guy’ Juan Martin del Potro: I love him really as a person 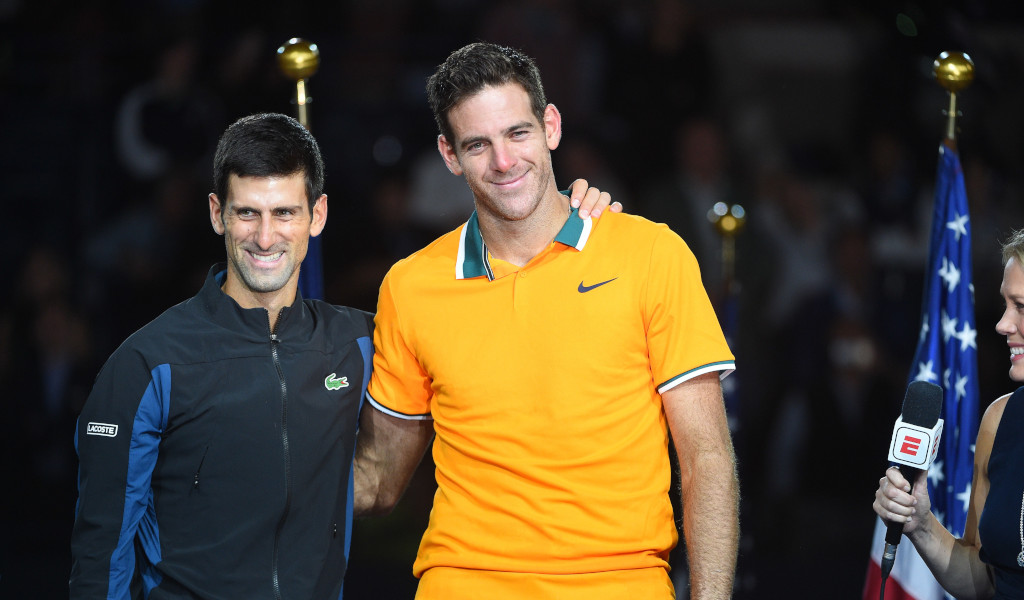 Two giants of the game will meet in the Italian Open when Novak Djokovic takes on Juan Martin del Potro in the quarter-final.

The duo, as well as the rest of the last-eight field, came through double duty on Thursday as they had to play two matches after the weather caused havoc the previous day.

Friday’s quarter-final clash will be rematch of the US Open final from last year when Djokovic beat the Argentine in three sets to win his 15th Grand Slam title.

The Serb knows it will be a “great challenge” at Foro Italico.

“[Del Potro] had also two comfortable matches today, didn’t seem to spend too much time on the court. Of course, he probably prefers because of style of play hard court more. He played equally well throughout his career on clay,” he said. “With that serve and forehand, it doesn’t really matter what surface you play on. It’s quite a weapon that he has.

“It’s going to be a great challenge. We had battles throughout our careers, last one in US Open final. I love him really as a person. He’s a lovely guy, really nice guy. We get along very well. I respect him a lot as a player.”