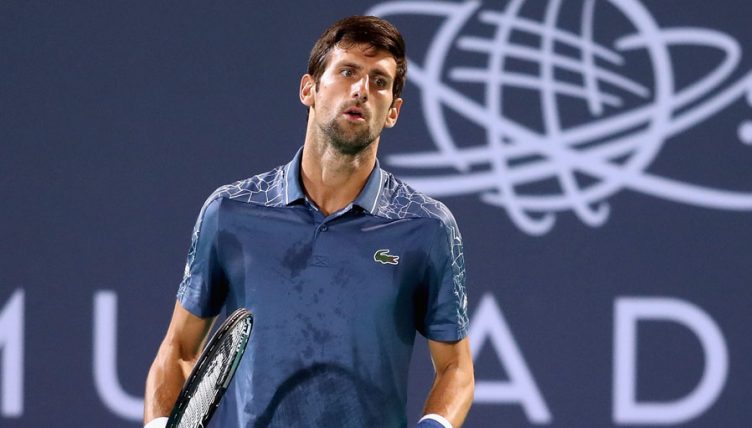 Novak Djokovic says he will have to “weather the storm” if he’s to get the better of Kevin Anderson in the final of the Mubadala World Tennis Championship on Saturday.

Djokovic beat Karen Khachanov 6-4 6-2 on Friday to book his spot in the final to set up a rematch of the 2018 Wimbledon with Anderson, who got the best of Rafael Nadal.

“Kevin is a very powerful player,” said the world number one.

“He is a tall guy and he hits the ball very fast.

“My goal is always to try and weather the storm.

“I cannot hit stronger than he does, especially on the serve, but I can tactically do some things to outsmart him.

“He is playing really well. He beat Nadal today and I thought it was a nice match. I watched it.”

Despite clearly targeting the title on Sunday, Djokovic has warned that players are still very much in pre-season mode.

“We are still kind of engaging our engines a little bit so it will be interesting to see how it pans out.”