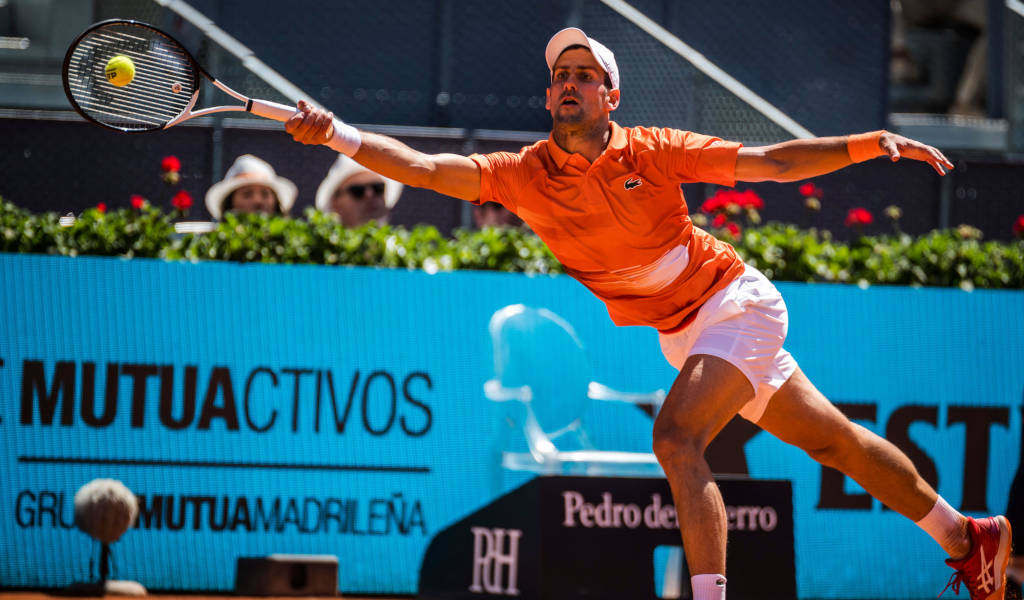 World No 1 Novak Djokovic was too good for Hubert Hurkacz in their Madrid Open quarter-final winning 6-3, 6-4.

Djokovic moves to 4-0 in his career head to head against the Pole.

The 20-time Grand Slam winner said that the court played differently on Friday than it has during the week, with higher bounce forcing him to play deep.

“I was serving really well in the second set, I think that kept me alive,” Djokovic said in his on-court interview. “I was pleased with the way I was constructing points. I tried to make him run and miss and overall It was a solid performance.

“It is definitely warmer today, even in the past two hours since the warm up, the bounce of the ball has increased by two metres. Hubi is tall and with his rotation in this altitude, everything bounces really high, so I was standing [deep] in the court, trying to mix things up. Put pressure on his first serve. It took us both time to adjust and the second set I think was better quality.”

After reaching the final in Belgrade last month Djokovic is looking to build further momentum in Madrid in his fourth event of the year.

Djokovic dealt with Gael Monfils in his opening match to ensure a record-extending 369th week as World No 1, before receiving a walkover over the poisoned Andy Murray.

The top seed will face either Rafael Nadal or Miami Open champion Carlos Alcaraz in his 72nd ATP Masters 1000 semi-final.

Only Nadal has reached the last four at a Masters 1000 event more often than Djokovic, a record the Spaniard could extend if he can beat Alcaraz.

Djokovic will go in search of his 38th Masters 1000 crown and fourth title in Madrid this weekend.

From the early going, Djokovic settled in well and dominated the forehand exchanges, with Hurkacz unable to hit through the World No 1.

Djokovic surged out to a 3-0 lead in tne first and would not face a break point in the set, moving ahead after 36 minutes.

Djokovic maintained the intensity in the second stanza, hitting with great depth to force Hurkacz into errors.

The Serb secured a crucial break in the fifth game and he continued to play consistently to soar to victory, triumphing on his fourth match point.