Novak Djokovic praises ‘hard worker, great guy’ Dominic Thiem: ‘He deserves it more than anybody else’ 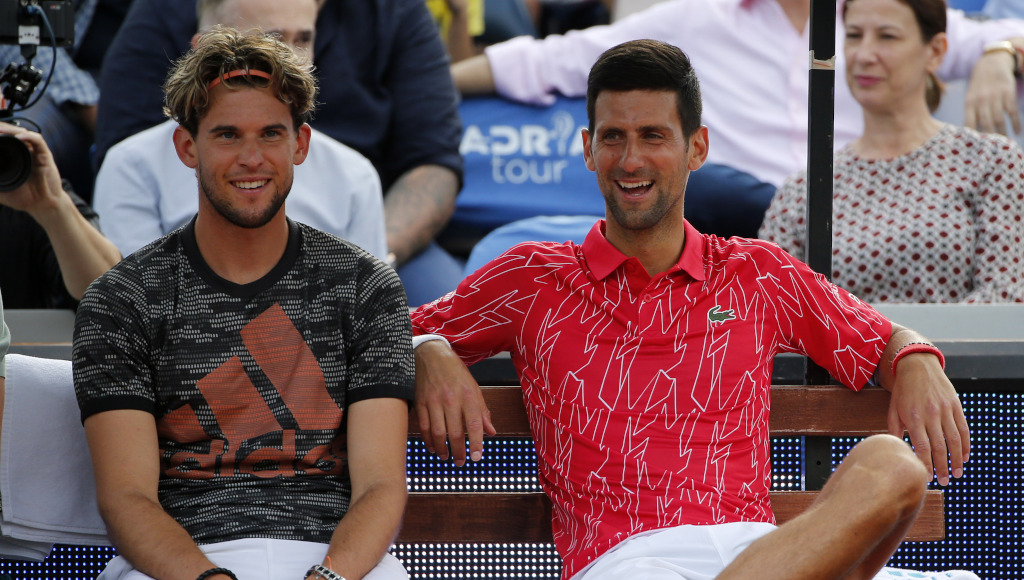 World No 1 Novak Djokovic has heaped praise on Dominic Thiem following his maiden Grand Slam success while he also hopes to feature in a dream Vienna Open final against the Austrian.

After three runners-up trophies in majors, Thiem ended his wait for a Slam at the US Open in September as he came back from two sets down to defeat Alexander Zverev in the final.

He followed that up with a quarter-final exit from the French Open before taking a break after the clay-court Grand Slam.

Both Thiem and Djokovic will return to action at the ATP 500 Vienna Open this week, but they are in opposite halves of the draw and can only meet in the final.

“I respect Dominic so much and what he has done for tennis is tremendous, especially this year obviously winning his first Grand Slam,” 17-time Grand Slam winner Djokovic said. “He deserves it more than anybody else. He’s a hard worker, a great guy with a great team. Hopefully we can have that chance to play.

“Obviously that’s probably something that the people would want to see here… [but] it’s a long way [away]. Even though that’s something that we are all anticipating, we both want that, to be in the final of course. But the field is very strong, so we have to take one day at a time.”