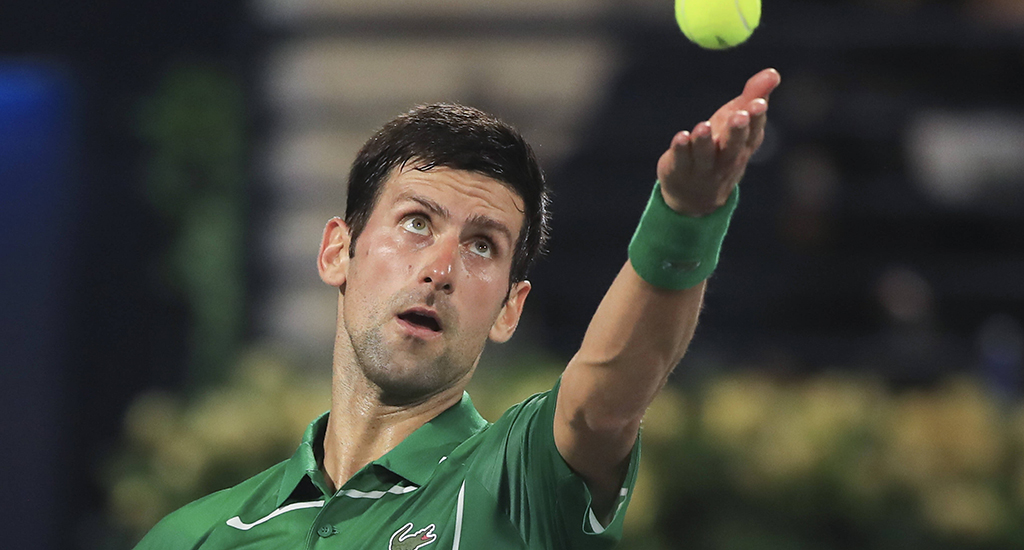 World number one Novak Djokovic found himself on the brink of defeat to Gael Monfils i the Dubai quarter-finals, but somehow managed to come through it.

The Serb needed to save three match points in the second set to maintain a perfect 17-0 record against the Frenchman, as well as extending his winning streak to this year to 17 matches.

Djokovic, who has not lost a singles match since the ATP Finals in London in November, had beaten Monfils in all 16 of their previous professional meetings dating back to 2005.

It looked like that record would come to an end when Monfils took advantage of an unusually-lacklustre display from Djokovic to ease through the first set and then led 6-3 in the second-set tie-break after saving a succession of set points.

But Frenchman Monfils, who had been looking for a third straight ATP Tour title, was unable to take any of them and eventually double-faulted on set point for Djokovic before wilting physically in the decider.

“It was truly an escape,” Djokovic told Amazon Prime. “He was clearly a better player for two sets, I was fortunate to work my way back in the second set.

“Gael I think is playing as well as he’s played ever, it’s very, very difficult to go through him. What he did today for two sets was unbelievable. I’m sorry for him but great effort.”