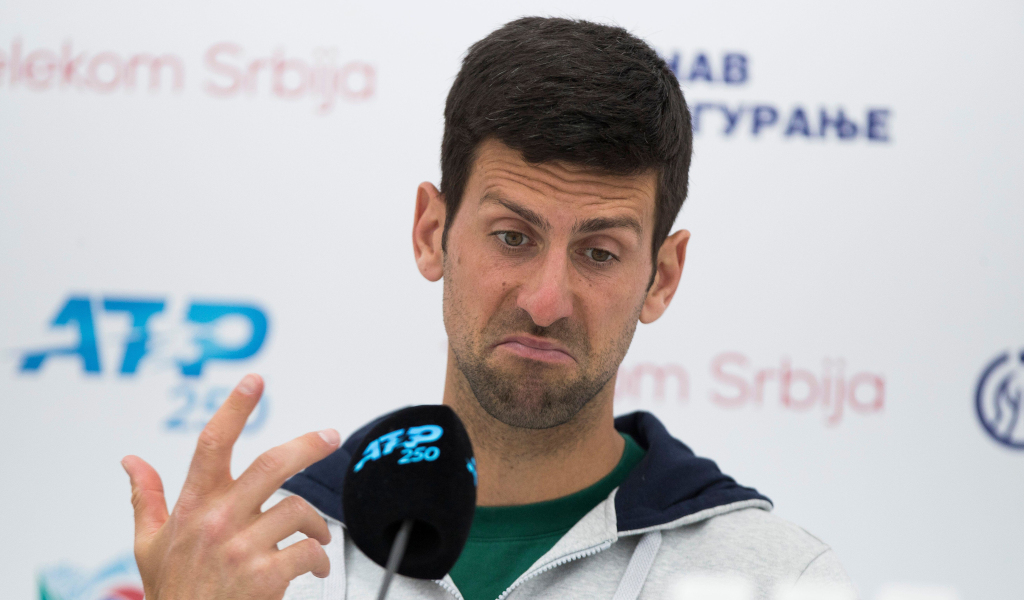 Novak Djokovic is set to be dethroned as the world No 1 on Monday – and that will only be the start of his rankings woes over the next few weeks.

Even though Daniil Medvedev has been banned from competing at Wimbledon this year after the All England Club’s controversial decision to ban Russian players from competing, the Russian star is set to reclaim the world No 1 spot on Monday, with Alexander Zverev set to take over the No 2 spot.

That’s because the 2000 points Djokovic collect for his French Open win are about to drop off his rankings total, with the next few weeks likely to inflict more rankings damage on the Serbian.

The 2000 points he earned from winning Wimbledon last year are also about to fall off his record, while another 1000 points are also set to evaporate from his total as points frozen from 2019 due to the Covid pandemic.

It means that Djokovic will fall from his position at the top of the game to No 7 by the middle of next month, yet he still backs the decision to support the Russian and Belarusian players banned from playing at Wimbledon.

“Collectively, I’m glad that players got together with the ATP and showed to the Grand Slam that when there is a mistake happening — and there was from the Wimbledon side — then we have to show that there is going to be some consequences,” he said.

Djokovic’s ranking woes will continue if the current travel restrictions for visitors to America remain in place, as his refusal to be vaccianted against Covid-19 means he will not be able to play at the US Open or the high-profile events leading up to the final major of 2022.

On Friday, the US authorities confirmed that international travelers would no longer require a negative COVID-19 test to enter the country, but the requirement to be fully vaccinated still stands with no indication of how long that rule will stand.

That could see Djokovic miss out on the chance to challenge for another 3000 ranking points at the Cincinatti Masters and the US Open.

If that scenario were to transpire, Djokovic may well be out of the top ten of the ATP rankings by early September, having also been denied the chance to defend his Australian Open title in January due to his Covid vaccine stance.

The overall picture is gloomy for the Serbian, with his inability to defend the points coming off his ranking certain to be a source of huge frustration.

The changes at the top of the rankings means that the world No 1 and 2 will not be playing at Wimbledon later this month, with Medvedev banned and Zverev out with the ankle injury he sustained his French Open semi-final against Rafael Nadal.