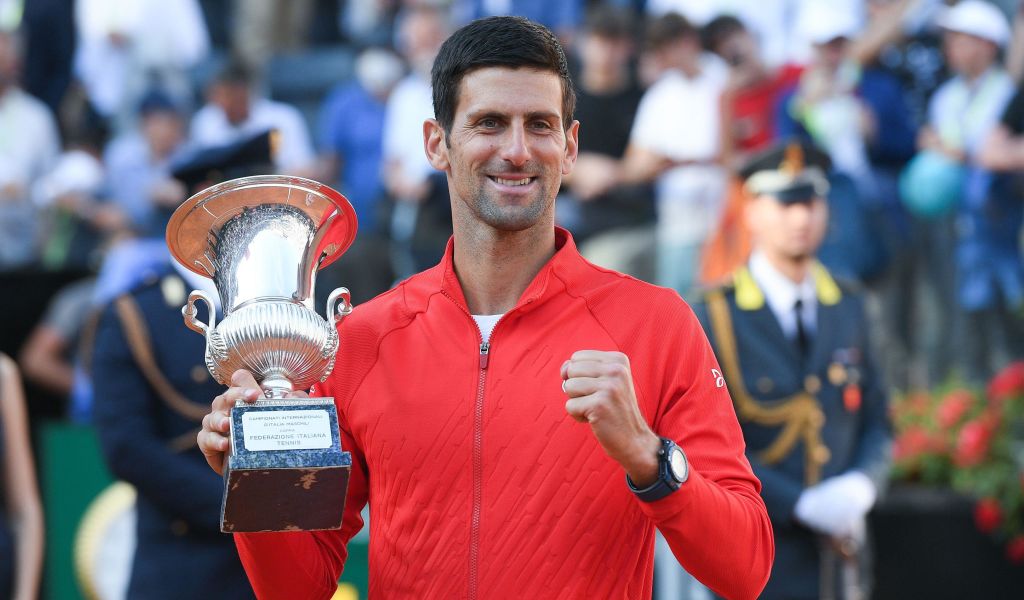 Djokovic backed up his 1000th ATP Tour match win in the semi-finals with a hard-fought display against Tsitsipas to win his first title of the season.

The Serbian made relatively quick work of the task and has established himself as the man to beat at the French Open.

Djokovic quickly found his range off the ground to break Tsitsipas immediately in the opening set.

The Serbian held complete sway on his own strong serve, winning 92 per cent (12/13) of points behind his first delivery.

Djokovic targeted the Greek’s backhand effectively and would ruthlessly move ahead in the match claiming the first set in quick time.

Tsitsipas would recompose himself at the start of the second set though, striking the ball with greater depth and power to move ahead 4-1.

At 5-2 up, it seemed Tsitsipas had the set signed and sealed.

However, Djokovic hung in every point and clawed his way back to 5-5, and celebrated with roar as he had restored parity.

The World No 1 then found another gear in the tie-break to triumph and earn his 87th tour-level title.

Appearing in his fourth straight final in Rome, Djokovic has now claimed the championship at the Italian Open six times, with his first triumph coming in 2008.

Djokovic has now defeated Tsitsipas in consecutive years in Rome, having overcome the fourth seed in the quarter-finals in 2021.

Djokovic also leads the Greek 7-2 in their head to head and holds a 5-0 record against Tsitsipas on clay.

Djokovic reached the semi-finals in Madrid last week and has built further momentum in Rome.

With his triumph, the Serbian has improved his impressive record against Top 10 opponents to 232-106.

In fact, no player has more Top 10 victories than Djokovic since the ATP Rankings were introduced in 1973.

Tsitsipas was aiming to win his third Masters 1000 title and second of the season after triumphing in Monte Carlo in April.

The Greek will rise to No. 4 in the ATP Rankings on Monday despite the defeat.

Djokovic will spend a record-extending 370th week at No 1 after his efforts in Rome.