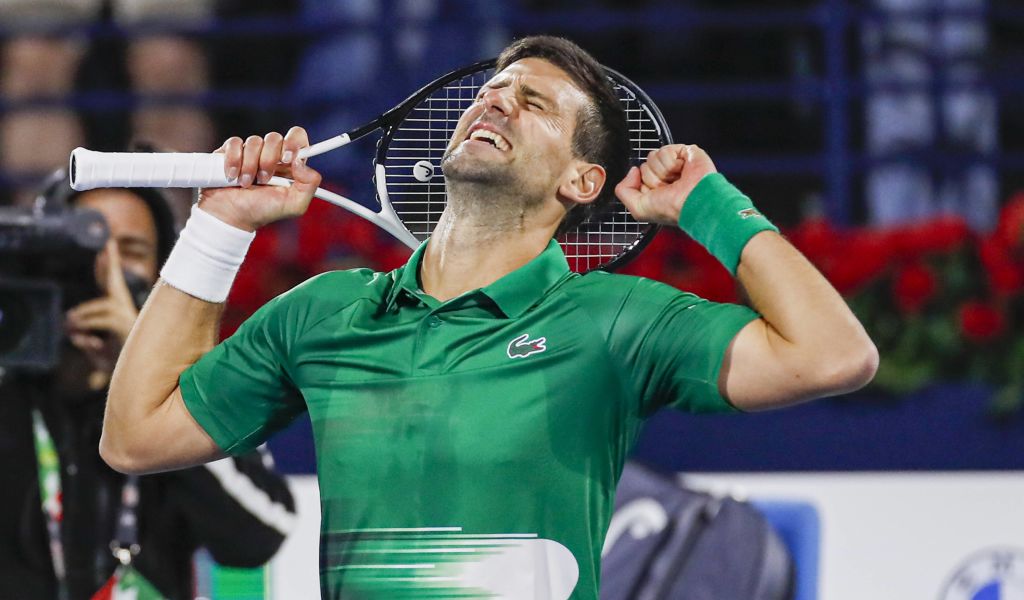 It was a curious experience watching Novak Djokovic’s belated first match of 2022.

While the world No 1 showed flashes of his brilliant best as he beat Italian teenager Lorenzo Musetti 6-3 6-3 at the Dubai Tennis Championships, all that had gone before weighed heavily on those looking on with a curious gaze.

Djokovic has long been fighting battles on and off the court few boasting his record of success should be confronting, yet the question marks hanging over him now have never been more pronounced.

Whatever happens next for Djokovic, his deportation from Australia last month after the government of the country declared his presence was liable to inflame anti-vaccine sentiment last a lasting mark on his legacy.

His delayed appearance in front of a TV camera to give his version of the events of last month to the BBC last week may have finally allowed him to move on, with his vow to accept he may miss much of the tennis year due to his stance on the coronavirus vaccine putting an end to the debate over whether he would alter his position on the issue.

Djokovic has also spoken well in his pre-tournament media duties in Dubai, yet when the talking stopped and his moment to return to the court came it was hard to forget everything we have lived through with him over the last few weeks.

Musetti, a rising star who took two sets off Djokovic at last year’s French Open, was a dangerous opening opponent for a player who has not played since Serbia’s Davis Cup exit on December 3rd, with the drama he has been through since then providing more than enough of a narrative for a TV mini-series.

In the end, Djokovic found a way to beat the talented Musetti, despite a tense game in the second set that saw him screaming at his box as he tried to cling on to his break of serve by fending off a string of break points.

This ordeal can’t have been easy for Djokovic, who admitted before the match that he was hoping for a positive reaction from the Dubai crowd, as a player who has admitted time and again that he wants the affection of the world’s tennis public got the ovation he craved before, during and after his comeback match.

After giving his traditional ‘heart throwing’ celebration to all four grandstands, Djokovic said on court: “I couldn’t ask for a better reception.

“It’s been a while since I played and I couldn’t think of a better place to kickstart the season. Thank you for the reception and welcoming me on court the way you did.

“All in all it’s a straight-sets win so I have to be satisfied with my tennis, especially after not playing for two and a half months.

“Of course there were moments when I made unforced errors but it’s normal to expect that in your first match in a while, but I’m glad I managed to finish the job off in straight sets against a very talented player who possesses a lot of quality. All in all, a very pleasant experience.”

Amid his joy at recording a first win of the year, the player who is set to lose his world No 1 ranking to Daniil Medvedev imminently conceded he did not expect to play at next month’s Indian Wells Masters unless vaccine rules to enter America are changed imminently.

“As of today, not. I can’t go, I can’t enter the United States,” he added. “As of today, I’m not able to play. But let’s see what happens. I mean, maybe things change in the next few weeks.”

And so a day that started with the anticipation of the return of Djokovic ended with a return to the debate that has dominated tennis in recent weeks, with what happens next for the 20-time Grand Slam champion a question he is finally happy to discuss after too many weeks of silence that allowed others to spin the narrative against him.

Confirmation that Covid restrictions are being lifted in the UK suggests the tide may soon turn in Djokovic’s direction as he hopes to continue his pursuit of greatness on the world’s tennis courts in the weeks and months ahead while refusing to accept the vaccine most of his rivals on the ATP Tour signed up for.

Yet the reality may be that unless France and America change their vaccination rules for incoming visitors in the near future, Djokovic’s only Grand Slam event of this year will come at Wimbledon in June.

For a player who has a passion for controlling his own destiny, the state of uncertain limbo he has put himself in must be desperately uncomfortable to endure.