Novak Djokovic reveals one of the big secrets to his success 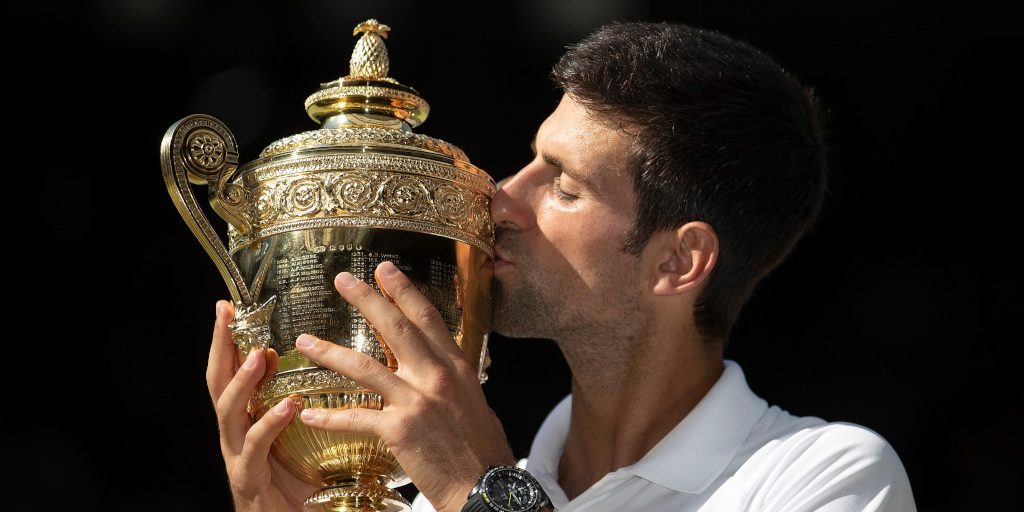 Novak Djokovic has admitted retaining a passion for the game is key to his success, as he prepares to defend his Wimbledon title at the All England Club next week.

Tennis365 spoke to the world No.1 at The Boodles exhibition event at Stoke Park, as he suggested taking time away from the game is vital to retaining the enthusiasm to remain competitive despite winning every major title in the sport.

The 15-time Grand Slam champion sprang back to top form as he lifted the Wimbledon title last year after it appeared his passion for the sport had waned and he admits that retaining his desire is vital to maintaining his dominance at the top of the game.

“The first motivation always has to be a love for the game,” he stated. “That might sound like a cliche, but it is important to keep that hunger because without that, you cannot expect to play at your best and beat a hungry opponent.

“You need to stand up every single day and have a fuel that drives you. I love standing there with a racket in my hand, trying to get the best from myself and so long as the motivation is there, I can continue to have success and it is never hard to get excited about this next tournament.

“Wimbledon is always the most special tournament in our season. When I was six or seven years old, I used to make an improvised trophy and pretend I had won the tournament. I would look in the mirror and imagine I was lifting that trophy, so it was pretty amazing for that image to become a reality on more than one occasion.

“Dreams really can come true, regardless of where you come from. If you believe in your dreams and have passion and work really hard for it, everything is possible.”

Djokovic went on to reveal he has spent time away from the court since his French Open semi-final defeat against Dominic Thiem, as he returned to his native Serbia to spend time with his wife, two children and his parents.

“It was good to have a break after the French Open,” he added. “I have a life away from tennis and it was nice to spend some quality time with my family and especially my two little angels.

“My family is back in Serbia now and they will join me for some days in London at Wimbledon. It is important to have that break from the game and think about some things other than tennis. I spent some time with my parents and it was one of those home visits that don’t happen too often.

“A break also gives you a chance to reflect on a few things about your game and look forward to a very different challenge on grass courts.

“It feels very natural to be on the grass and this only my fourth day practicing on these courts. I am very pleased with the way I have been playing and hopefully I can continue in this form.”

Djokovic has been playing at The Boodles exhibition event at Stoke Park and you can get tickets here – https://www.theboodles.com