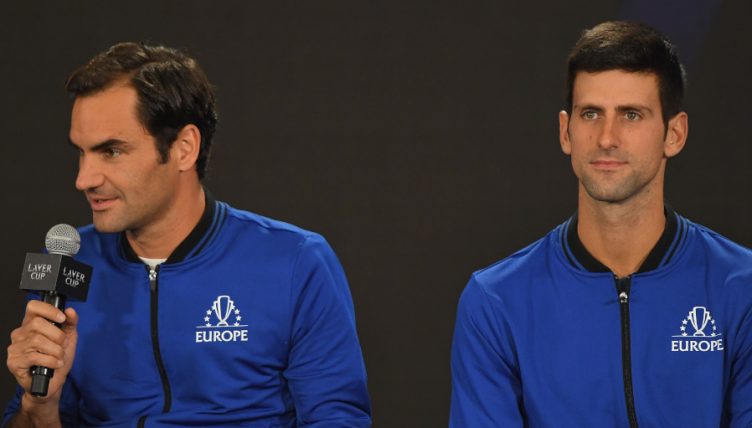 Novak Djokovic says his respect for Roger Federer is behind his decision to skip the China Open in Beijing.

The reigning Wimbledon and US Open champion claims he would have been too exhausted to shine in the upcoming Shanghai Masters had be also played Beijing, and he couldn’t rest before because his admiration for Federer meant he couldn’t resist chance to play in the Laver Cup.

“Beijing was too close but I did not want to skip Laver Cup because of respect for Federer and I do not regret it,” said Djokovic.

“Earlier, I used to played Beijing and Shanghai back to back. In the last three months I have played many matches and after the US Open I did not have much time to rest, because I went to Chicago to play the Laver Cup, which has exhausted me a lot.

“Nevertheless, it was a wonderful experience and a unique concept, but emotionally, mentally and physically quite demanding.

“I just wanted to be in Serbia with my family, because we do not have the opportunity to be here often. Everything is fine, as well as nice weather and players who are here to train.

“I wanted to play Beijing, because it was an opportunity to become No 1 in Shanghai.

“However, team members have decided that it is strategically better to skip it.

“If I played well and won in Beijing, the tiredness would catch me somewhere. I am like everyone else the US Open was physically and mentally very demanding.

“When you win a Grand Slam, it’s like winning Mt. Everest, and after that, you have to have some break in order to gain new strength for new hikes.