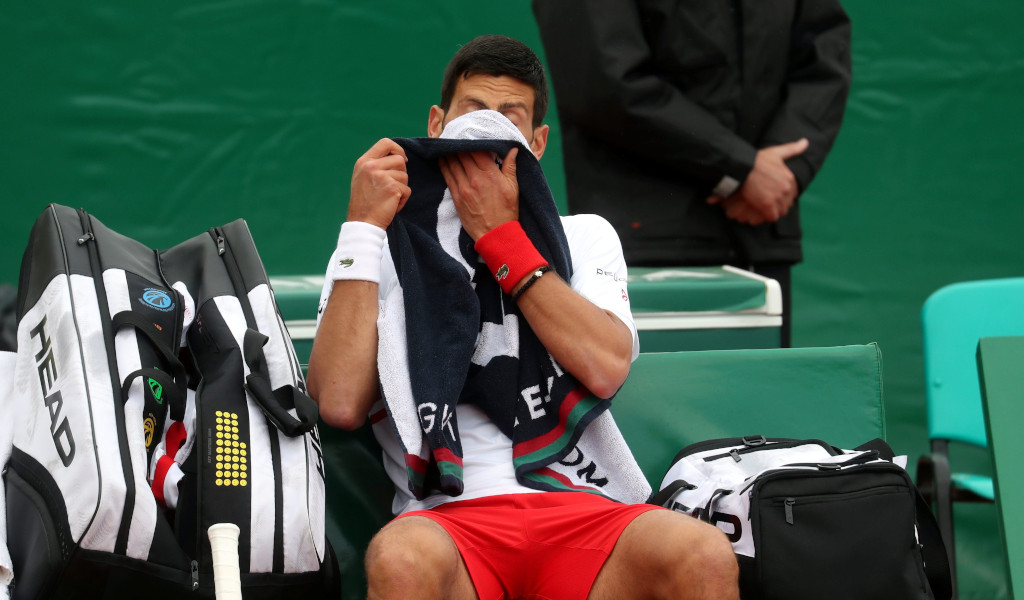 Novak Djokovic lamented a woeful display during his third-round defeat at the hands of Dan Evans at the Monte-Carlo Masters, saying he “felt awful on the court” and “nothing worked”.

British No 1 Evans claimed the biggest win over his career as he stunned the top seed 6-4, 7-5 in just over two hours to reach his maiden ATP Masters 1000 quarter-final.

Dan Evans upsets Novak Djokovic 6-4 7-5 in Monte Carlo to secure his first-ever win over a World No. 1!#RolexMCMasters pic.twitter.com/mGy8kRy4iM

It was certainly a performance to remember from Evans on his least favourite surface, but for the world No 1 it was a clay display that he would rather forget.

“To be honest, I mean, this has been probably one of the worst matches and performances from my side I can recall in the last years,” Djokovic said.

“I don’t want to take anything away from his win, but from my side, I just felt awful on the court overall. Just nothing worked. It’s one of those days.

“I mean, yesterday [against Jannik Sinner] I played pretty good match I thought. Today was completely the opposite of what I felt yesterday.

“Just was obviously very, very windy, tough to play in these kind of conditions against a guy like Evans who makes you move. He’s very unpredictable with his shots. He dismantled my game.”

The first player to beat Novak Djokovic in 2021.

The biggest win of his career. pic.twitter.com/pHQu1wlC5v

Djokovic was also full of praise for Evans, who earlier this week ended four-year drought on clay.

“He’s definitely got the game. I mean, at the Slams obviously best-of-five, it’s different,” he said. “Depends on which surface. He would probably agree maybe clay wasn’t his surface growing up, most preferred one.

“But the way he plays on clay, I think he plays on a similar quality level that he plays probably on his best surfaces like faster hard court or maybe grass.

“Congratulations to him. I mean, he deserved to win. He was a better player. Just more focused I guess and played with a better quality in the decisive moments.”