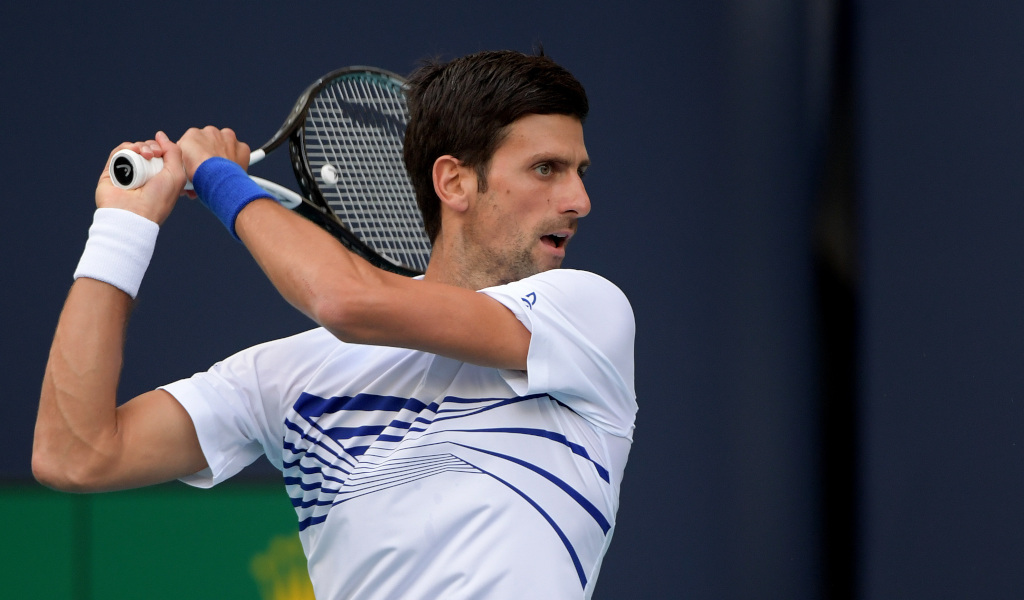 World No 1 Novak Djokovic overcame a second-set wobble against Federico Delbonis to book his place in the last 16 of the Miami Open.

The Serb, who is looking for his seventh Miami title, made a solid start at the Hard Rock Stadium before losing his way in the second set. However, he pulled it together in the decider and ran away with a 7-5, 4-6, 6-1 win.

Djokovic admitted after the match that he lost his way a bit.

“To be honest, I lost my focus,” he said. “I should have done better I think mentally than I have done at the end of the first two sets.

“I managed to really play well last couple games of first set, go up a break, put myself in front, then I played a couple of really bad service games. Credit to Federico, he stepped in.”

Next up is Roberto Bautista Agut after the Spaniard beat Italian Fabio Fognini 6-4, 6-4.

American John Isner’s hopes of successfully defending his title are still alive after he claimed a solid 7-5, 7-6 (8-6) victory over Albert Ramos-Vinolas.

“I did a lot of things well today,” Isner said. “I played a good first set, even though I didn’t start it off well. In the second, it wasn’t quite as clean. I’ll talk to my coach and try to iron things out. But I’m into the Round of 16 of a big tournament and I’m happy.

“Playing him on clay is a different animal, but I learned a few things from Rome last year. There were many tactical things that I needed to change. I did that today.”

He will face British No 1 Kyle Edmund for a place in the quarter-final after the world No 22 saw off Milos Raonic with a comprehensive 6-4, 6-4 win.