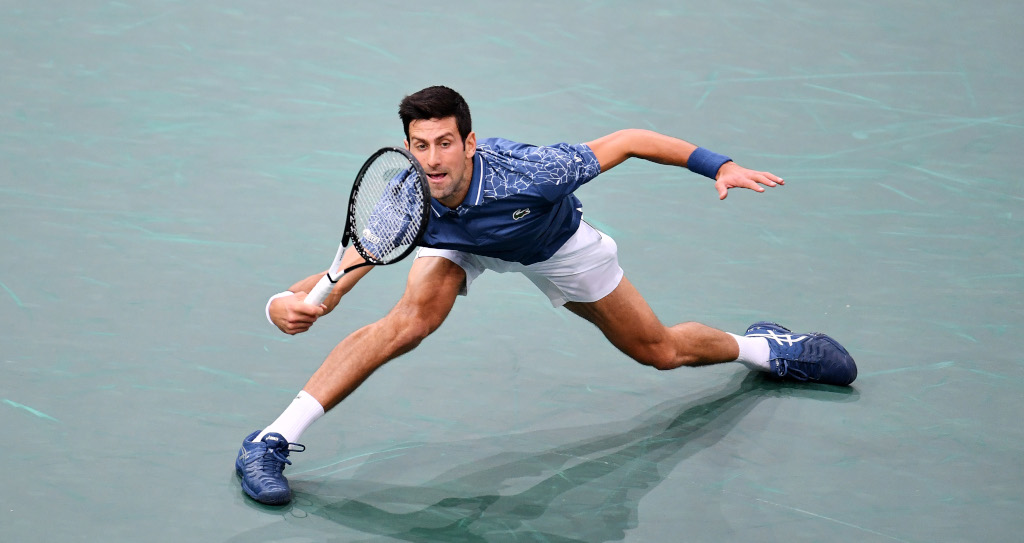 Novak Djokovic had another easy day at the office as he breezed into the quarter-final of the Paris Masters while defending champion Jack Sock also advanced.

Just a day after it was confirmed that Djokovic would reclaim the world No 1 ranking after Rafael Nadal’s withdrawal from the tournament, the Serb eased past Damir Dzumhur.

The four-times Bercy champion won the opening set 6-1 and was leading 2-1 in the second when Dzumhur retired with a back injury.

Djokovic, who extended his winning streak to 20, will face Marin Cilic for a place in the semi-final after the fifth seed beat Grigor Dimitrov 7-6 (7-5), 6-4.

Meanwhile, Sock kept the defence of his title alive as the American with a drubbing of Malek Jaziri, the man who replaced Nadal in the draw.

Lucky loser Jaziri got his ticket in the main draw on the back of Nadal pulling out and he then beat Fernando Verdasco in the second round, but his campaign came to a shuddering halt as Sock completed a 6-0, 6-4 demolition job.