Novak Djokovic on ‘strong guy’ Aslan Karatsev: ‘He probably has the biggest calves in tennis’ 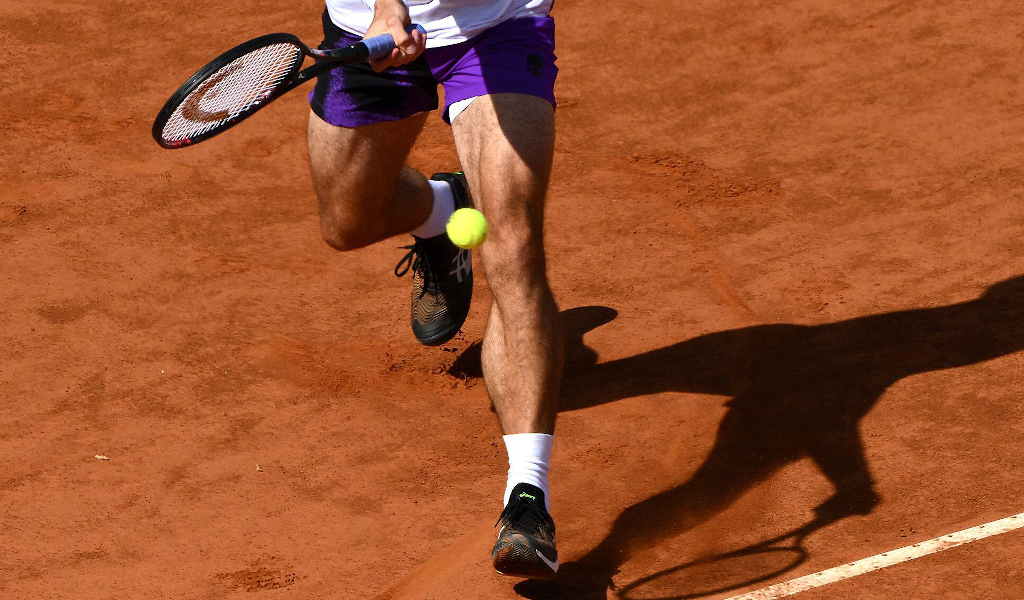 Novak Djokovic had to overcome the player with “probably the biggest calves in tennis” in Aslan Karatsev in his opening match at the Italian Open, but is now “looking forward to the next challenge”.

Karatsev won their previous encounter in Belgrade last year, but the world No 1 had too much in his locker for the world No 35 this time as he eased to a 6-3, 6-2 victory in just over 90 minutes.

After dropping his opening service game, Karatsev had some joy on the Djokovic serve in game three only for the Serbian to broke again in game eight while it was one-way traffic in the second set with 20-time Grand Slam winner racing into a 4-0 lead.

Djokovic was impressed by his opponent’s calves and physicality.

“He probably has the biggest calves we have in tennis,” he said. “When you see him physically, [he is] a very strong guy. Solid from the baseline. You never know with him if he’s feeling the ball.

“He can be very dangerous because he stays so close to the line and puts pressure on his opponents.

“He was missing a lot of balls, though. He gave me a couple of breaks but I will take this win. It’s a straight sets win against a quality opponent and I’m looking forward to the next challenge.”

The five-time Rome champion, who needs to reach the semi-final to retain top spot in the ATP Rankings, will face either Laslo Dere or Stan Wawrinka in the third round.

Djokovic spotted some familiar faces in the crowd and it triggered a few happy memories.

“When I came here the first times, there were two kids who were supporting me, chanting ‘Nole, you are one of us’ and I saw them again today and that’s why I signed the camera for them. I saw them, now they are grown-ups, but it gave me a great vibe, really making it for a great side story for me,” he revealed.