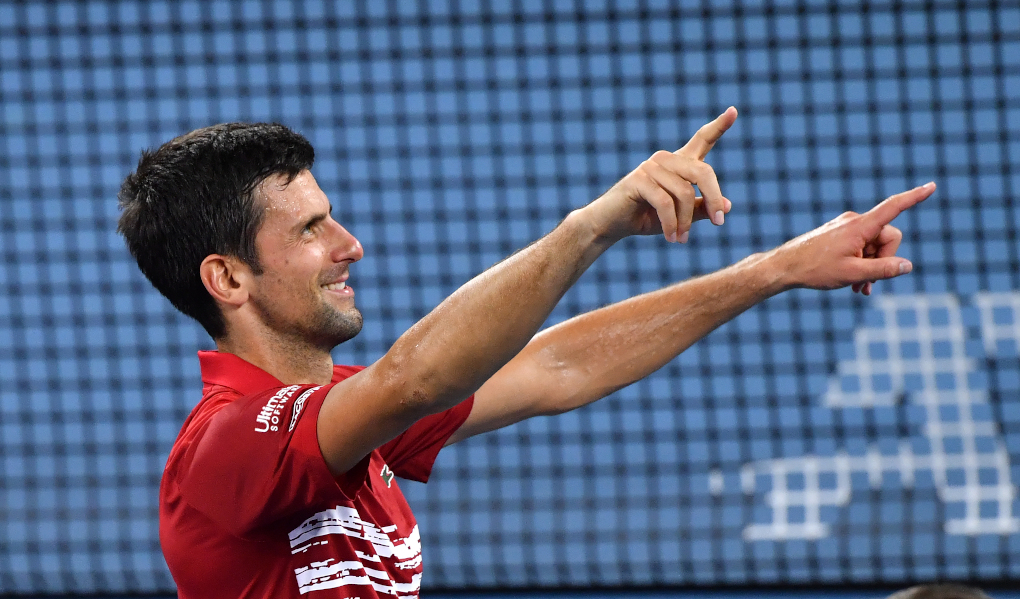 A shoulder problem and the “brutal” humid conditions couldn’t stop Novak Djokovic from steering Serbia past France and into the ATP Cup quarter-finals.

Djokovic required treatment on his tricep midway through the second set while conditions in Brisbane were also tough on the players.

“It was definitely one of the most humid conditions that I have ever had in my career. Tonight was brutal,” the world No 2, who seemed untroubled by the shoulder problem after the match, said.

“Obviously playing Gael, you know you are going to have a lot of exchanges, a lot of rallies. He is a great fighter and a great friend of mine. Tough luck.”

“See you in Sydney!”

🇷🇸#TeamSerbia is heading to the Final 8 on Friday after they topped Group A on a thrilling night in Brisbane.#ATPCup 👉 https://t.co/ejZgS9kBNl pic.twitter.com/IKx6m6WLqX

The win over France, together with their 3-0 drubbing of South Africa earlier in the tournament will see them qualify for the last eight as Group A winners.