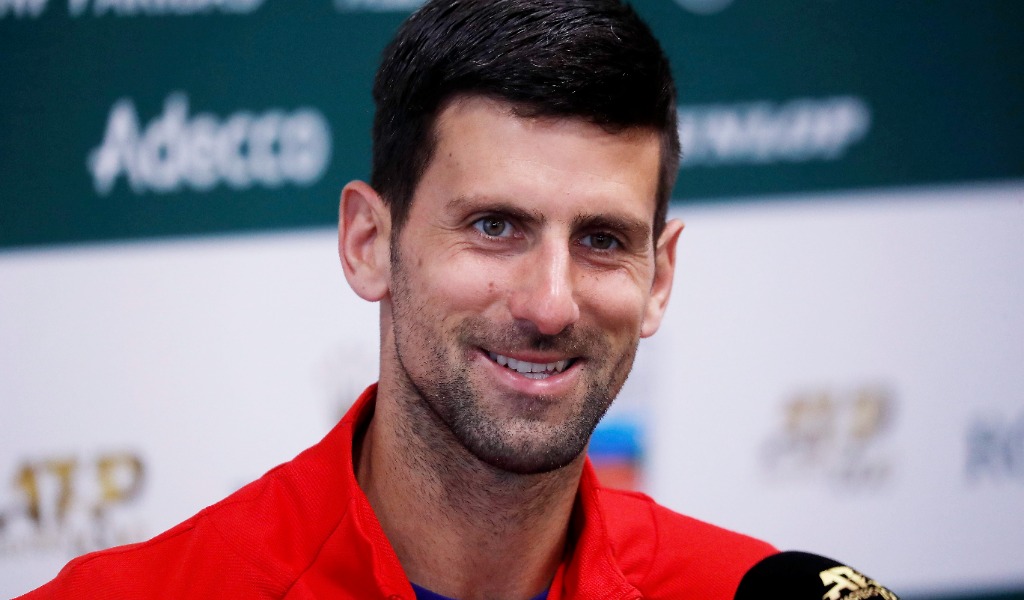 Novak Djokovic sent out a message that he is ready to finish a troubled season on a high after a convincing win in the final of the Tel Aviv Open over Marin Cilic.

The Wimbledon champion has struggled to find consistency in a season that has seen him sidelined for long periods due to his inability to play in countries that require proof of a Covid vaccine.

The Serbian has publicly stated he will not be vaccinated against the virus and that decision has forced him to miss events in Australia and America.

Yet he confirmed in Tel Aviv that his best form is still despite his latest lay-off, as he won the ATP 250 event without dropping a set all week.

His 6-3 6-4 win against big-serving Cilic was especially impressive, as he brushed off a wrist injury that appeared to be affecting him at last week’s Laver Cup.

This was a week of clinical performances from Djokovic and that bodes well for what is to come in the weeks and months ahead.

The former world No 1 took time to find his best form after his unplanned lay-off at the start of the year and there would have been doubts over his form and fitness after a long break after his Wimbledon win in July.

His absence from the US hardcourt swing of the ATP Tour was a hammer blow to Djokovic, but he showed signs that he is ready to snap back into top form with a brilliant display against Frances Tiafoe at the Laver Cup.

Now he has backed that up with this magnificent week in Tel Aviv, with former British No 1 Tim Henman among those who believe Djokovic is still the player to beat.

“Any event Djokovic is in, you would pick him to win it,” Henman told us last month.

“You look at the way he won Wimbledon so impressively and it was flawless tennis in the final against Nick Kyrgios.

“After everything he has been through this year, you have to say Djokovic has incredible mental strength and determination to come back and keep winning.

“Of course, he brought a lot of it on himself with his decision on the vaccine, but when everything is in place, I’d still pick Djokovic to win more matches than anyone else on the ATP Tour.

“You can argue that other players are more popular or better on different surfaces, but in terms of consistency and winning tennis, Djokovic is still the player to beat.”

Djokovic will now look to end the season with a flurry of wins, as he eyes up a run of consistent tournament action leading into the ATP Finals in Turin next month.

This latest ATP Tour win for Novak Djokovic ensured he added to his already glittering legacy and you can read more about his long list of records HERE.